Phonak's AutoSense OS automates hearing aid behavior by performing a real time analysis of the acoustic surroundings, and adjusts the hearing aid parameters to optimize speech understanding in real time. This presentation will outline the evolution of Automatic technology in Phonak products, AutoSense OS on the Belong platform, and the outcome of the most recent study from the Phonak Audiology Research Center (PARC) that compares AutoSense OS with the automatic technologies of leading competitors in real world listening situations. 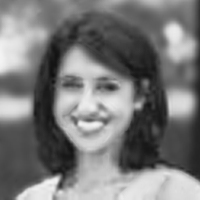 Lori Rakita, AuD, is a clinical research manager with the Phonak Audiology Research Center.  She has managed a significant program of research including extensive technical assessments to participant testing to improve the application, evidence basis and clinical support of Phonak products. Lori received her Bachelor of Science in Psychology from the University of Wisconsin, Madison and Doctorate of Audiology from Washington University, St. Louis.

Sponsor Disclosure: This Course is presented by Phonak in partnership with AudiologyOnline.

Content Disclosure: This learning event focuses on Phonak products and services. An evidence based comparison to competitive products is given, however, competitor products remain unidentified.