Presented by Valeri Le Beau, this course will introduce professionals to Baby Beats. Participants will learn how to engage families in natural interactions with infants and toddlers awaiting hearing technology. They will learn strategies to empower families to enjoy interacting with their infant/toddler while connecting them to the world of sounds, music and voice in a fun, developmentally appropriate way. 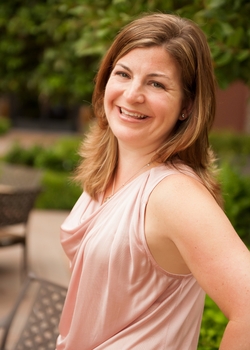 Valeri Le Beau, MS-CCC-SLP,  is the Senior Rehabilitation Program Manager at Advanced Bionics.  Valeri brings a lifetime of personal and professional expertise to the field of hearing impairments.  Valeri received her undergraduate degree in Education for the Deaf and Hard of Hearing from Illinois State University.  She taught in a variety of educational settings serving children with hearing impairments and later received her graduate degree in Speech Language Pathology from Rush University, Chicago.  She practiced across the country in educational, private, and hospital-based settings, with an intense focus on providing services to children with hearing impairments.  Throughout her career, she has lectured, trained, and mentored on cochlear implantation and rehabilitation following implantation locally and internationally.

Content Disclosure: This learning event will focus on rehab and discuss use of AB Baby Beats for very young children with hearing loss.