This presentation will explore the dual diagnosis of deafness with autism, help professionals understand the early signs and characteristics of autism in deaf children, and review some of the research in this area. An overview of the overlap of symptoms and the unique features of relatedness, communication and behavioral characteristics when deafness coexists with autism will be presented. 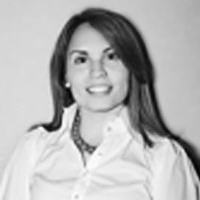 Dr. Ivette Cejas is the Director of the Barton G Kids Hear Now Cochlear Implant Family Resource Center and Assistant Professor at the University of Miami Ear Institute. Dr. Cejas received her Ph.D. in Clinical Psychology from Nova Southeastern University and is a Licensed Psychologist in the state of Florida. She has conducted research in childhood deafness and other pediatric conditions. She has published several empirical articles and chapters and has presented at numerous national and international conferences.  She has experience providing therapeutic services to children and families with chronic illnesses, hearing loss, behavior problems, and developmental disabilities. As part of the Cochlear Implant team she is involved with pre-implantation evaluations, assessment of cognitive functioning, and supportive therapy for families of children with hearing loss.

Presenter Disclosure: Financial: Dr. Ivette Cejas is the Director of the Barton G Kids Hear Now Cochlear Implant Family Resource Center and Assistant Professor at the University of Miami Ear Institute. Dr. Cejas has conducted a study, funded by NIDCD ROI DC04797, on Childhood Development after Cochlear Implantation. She has received an honorarium from Advanced Bionics for presenting this course. Non-Financial: Ivette Cejas has no relevant non-financial relationships to disclose.