Directionality in hearing aids is typically designed to maximize signal-to-noise ratio for speech coming from a particular direction without respect for the intent of the listener. This article describes an alternative strategy for applying directionality that includes binaural auditory processing in its design, and supports different listening strategies. 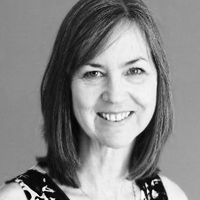 Jennifer Groth, MA, serves as Director, Audiology Communications in Global Audiology for GN ReSound Group. Jennifer’s history with GN Resound includes roles as senior research audiologist as well as product manager. Previous to joining GN ReSound, she worked as a clinical audiologist at the Gentofte University Hospital Department of Audiology in Denmark, and served as coordinator of an OAE-based neonatal hearing screening project for Copenhagen County. She holds a Master of Arts degree in Speech Pathology & Audiology from the University of Iowa.
More
Presenter Disclosure: Financial: Jennifer Groth is employed by GN ReSound. Non-financial: Jennifer Groth has no non-financial relationships to disclose.