The purpose of this webinar is to discuss prescriptive fitting approaches for selecting hearing aid gain for patients with hearing loss. A brief history of prescriptive methods will be reviewed and current popular approaches will be compared; case studies will be included. This course is open captioned. 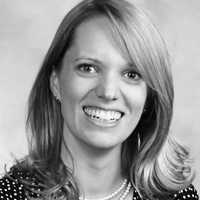 Erin Picou, PhD, CCC-A,  is a research assistant professor in the Department of Hearing and Speech Sciences at Vanderbilt University Medical Center.   She has been working in the Dan Maddox Hearing Aid Research Laboratory since she was an AuD student.  After completing her PhD (also at Vanderbilt) she was hired to a research faculty position.  Her research interests are primarily related to hearing aid technologies for adults and children, with a specific focus on speech recognition, listening effort, and emotional responses to sound.  This work continues to be supported through a variety of industry and federal funding sources.  In addition to her research activities, Erin is involved with teaching and mentoring AuD students at Vanderbilt.  In addition, Erin is currently serving as an Associate Section Editor for Ear and Hearing and is on the editorial board for the American Journal of Audiology.

More
Presenter Disclosure: Financial: Erin Picou is employed by Vanderbilt University. Dr. Picou has received funding from multiple organizations to support her research. These organizations include Sivantos, Sonova, Oticon, GN Resound, the American Speech-Language Hearing Association, and the National Institutes of Health. She is currently serving as an Associate Section Editor for Ear and Hearing. She received an honorarium for presenting this course. Non-financial: Erin Picou has no non-financial relationships to disclose.