This presentation reviews the physiological and hearing aid factors that affect speech understanding at high input levels. Hearing aid options and patient expectation will be addressed. 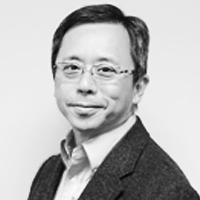 Francis Kuk, Ph.D. received his PhD in Audiology from the University of Iowa in 1986. He has assumed staff and faculty positions at the University of Iowa and University of Illinois-Chicago respectively. He is currently the VP of Clinical Research at Widex. He has written and presented extensively in the area of hearing aid technology and fittings. He is also an editorial consultant for various professional journals.
More

Sponsor Disclosure: This Course is presented by Widex in partnership with AudiologyOnline.

Content Disclosure: This learning event focuses on Widex products and services and will not include info on other products or services.