Inspire X 2017 is the latest version of Starkey's programming software. With each update, Inspire offers the hearing professional a more intuitive interface; allowing them to fit better so their patients can hear better. This session will provide a live demonstration of the Inspire X 2017 software. 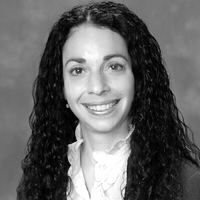 Judy Grobstein joined Starkey Laboratories in February 2010 as the regional account manager for AudioSync northeast territory.  She transferred to the position of corporate education and training audiologist in May 2011.  Before joining Starkey, she was the director of the audiology department at a large ENT practice in the Washington D.C. metro area.  She has over 14 years of experience in the clinical setting. Her clinical experience includes hearing aid fittings, comprehensive diagnostic testing on adult and pediatric patients, vestibular testing, evoked potentials and otoacoustic emissions testing. She received both her bachelor of science degree in speech pathology and audiology and her master’s degree in audiology from Kent State University in Ohio before going on to receive her doctorate in audiology through Arizona School of Health Sciences in 2007.