The Ponto Bone Anchored System: The Right Choice for Pediatrics

An overview of the Ponto System will be presented with focus on pediatrics. This presentation will talk about concepts of osseointegration plus an overview of the MIPS surgical procedure and a description on the newly FDA cleared abutment extender and its impact on pediatric patients. The application of signal processing and research findings on the impact of noise reduction and compression characteristics on speech intelligibility in the pediatric population will also be reviewed. The relationship between this research and the signal processing options implemented in the Ponto processors will be discussed.
This course is open captioned. 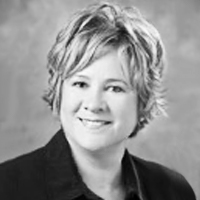 Dr. Humitz is the Midwest Clinical Specialist.    During her many years with Oticon, Inc she was responsible for new and continuing educational programs, delivering presentations at local, regional, online and national training/seminars and conventions; technical product training, sales support, and audiology field support for pediatrics. Prior to joining Oticon Mary she served in a number of different capacitates, including: private practice; educational and clinical audiology; trainer for another hearing aid manufacturer; and management at a suburban Detroit Hospital.  Mary holds a clinical doctorate degree from Arizona School of Health Sciences at A.T. Still University.