The Ponto System and Benefits of Percutaneous BAHS

Oticon Medical supports the use of direct drive bone anchored hearing systems like Ponto for optimal audiological outcomes. In this course, we will outline the importance of providing direct drive amplification for audibility, speech development, and performance, offer tips for counseling patients and parents about this subject, and address some common questions about percutaneous systems. 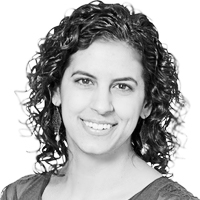 Jaime is an Audiological Trainer and Supporter based at Oticon Medical within Oticon Headquarters in Smørum Denmark. She is originally from Canandaigua, NY and received her Au.D. from the State University of New York at Buffalo in 2011. Prior to working with Oticon Medical, she was an audiologist at Clifton Springs Hearing Center, southeast of Rochester, New York. She was raised in Tokyo, Japan, and was eager to return to the international community after completing her degree- she now develops and provides trainings for internal salespeople and supports customers worldwide.