This course will discuss the benefits and technical aspects of two new tinnitus features from ReSound. Nature Sounds and Tinnitus Manager in the Smart app are new tinnitus management options offered by ReSound. 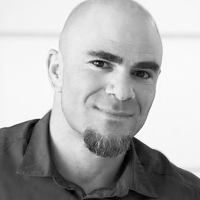 Michael started with ReSound as an Audiologist Regional Manager in New Zealand, and has been part of the organization since 2004.  His clinical experience includes working as a clinical audiologist at the University of Miami, in Miami, FL, as well as a private ENT practice in Hollywood, FL. He has a dual undergraduate degree in Communication Sciences and Disorders and Psychology from Syracuse University, and earned his Masters of Science (MS) in audiology at the University of Washington, in Seattle, WA. Michael serves as a Senior Audiologist on the Global Medical Affairs team for GN ReSound and has a primary focus on tinnitus, sound sensitivity and mobile solutions. His responsibilities include the development of innovative and functional tinnitus products, materials and mobile solutions that help drive the industry forward for both end-users and hearing care professionals.