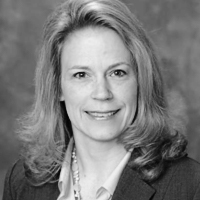 Dr. Andrea Hannan Dawkes joined Starkey in 2010 as a member of the Education and Training team.  In her current role as a senior member of the group, she assists in the development of educational materials, leads training classes, and serves as the liaison for Starkey’s university and student initiatives.  Prior to joining Starkey, Dr. Hannan Dawkes worked as a clinical audiologist in a variety of prominent medical centers, served as an audiology clinical supervisor and adjunct faculty member at Hofstra University, and contributed to research efforts involving signal detection, hearing aid performance, and signal processing.  She earned her Master of Arts degree in Audiology from the University of Maryland at College Park and her Doctor of Audiology degree from the Arizona School of Health Sciences.