Handheld smart devices and the ever growing app market have the potential to transform audiology clinical practice. This webinar will review some of the uses of smart devices, the potential benefits and pitfalls, and the evidence-base concerning their applications for audiology clinical practice. This is part of a 4-part webinar series on Apps for Audiologists on AudiologyOnline in August 2015. 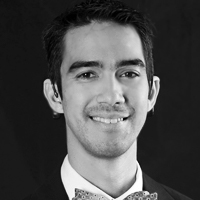 Samuel R. Atcherson, Ph.D. received his undergraduate and masters degrees in Communication Sciences and Disorders from the University of Georgia and his doctorate with emphasis in auditory electrophysiology from the University of Memphis. He is currently Associate Professor and Interim Director of Audiology in the Department of Audiology and Speech Pathology at the University of Arkansas at Little Rock in consortium with the University of Arkansas for Medical Sciences, and adjunct Clinical Associate Professor in the Department of Otolaryngology—Head and Neck Surgery at the University of Arkansas for Medical Sciences. He is the author of over 90 publications including 3 books, 7 book chapters, and 34 peer-reviewed articles, and he has given over 150 presentations on topics involving auditory rehabilitation, assistive technology, clinical electrophysiology, age-related hearing loss, auditory processing disorders, clinical practice, and health literacy. Dr. Atcherson has hearing loss from childhood and is a bilateral cochlear implant user.

Presenter Disclosure: Disclosure: Financial: Samuel Atcherson receives royalties for books he has authored. He has received an honorarium for presenting this course. Non-financial: Dr. Atcherson is a bilateral cochlear implant user and is past president of the Association of Medical Professionals with Hearing Losses.