Signia offers an even broader portfolio of tinnitus therapy options so you can choose the approach best suited for the individual. In addition to the commonly used sound therapy approaches, we now also offer the novel, unique, and patented Notch Therapy – with clinically proven benefit. During this webinar, you will be guided through the work flow in the fully supported Connexx Eight fitting software. 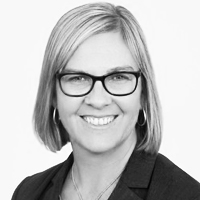 Dr. Gehlen is a Manager of the Clinical Education Team for Signia. She is responsible for the support and on-going training of the Signia Educational Specialists and for creating new and innovative training methods to enhance customer service. She provides training to customers and staff on company technology, products, and fitting software. She holds an Au.D. from the University of Florida, where she also received her undergraduate and master’s degrees in Communication Disorders. For the Signia brand, she has previously held the roles of staff audiologist for manufacturing and customer support, and field training consultant assisting customers. She has presented at several national and state meetings about amplification and tinnitus.  She has practiced clinical audiology and hearing aid fitting in a variety of clinical settings in northern California and in the Tampa Bay, Florida area prior to joining Signia in 2011. 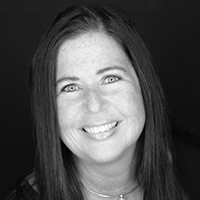 Dr. Powers is the Director of Professional Development for field audiology Signia/Rexton. She leads a top team of audiologists who consistently deliver interactive and effective education through innovative vehicles. In this role, she coordinates the delivery of new launch information and acts as a liaison to product management, sales, and marketing, as well as, the global launch planning teams. She joined the Siemens team as a Clinical Educational Specialist 9 years ago progressing to the manager for the Midwest Education team at Signia before her appointment as Director. Dr. Powers practiced in a variety of hearing healthcare settings for 16 years prior to her time in manufacturing.  She received her undergraduate degree from Northern Illinois University, her graduate degree from RUSH University in Chicago, and her doctorate from A.T. Still University of Health Sciences in Arizona