This course offersinsight into single sided unilateral hearing loss. Cause, effect and treatment will be discussed relative to how single sided deafness presents itself to daily communication situations. 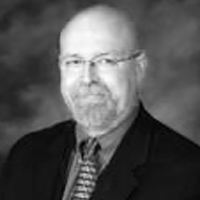 George Cire currently works as Clinical Manager of Bone Anchored Solutions for Cochlear Americas in Englewood, Colorado.  Prior to joining Cochlear, Dr. Cire has worked as a field specialist for Phonak Hearing Systems and has been a practicing Audiologist for 30 years.  He has worked both in stand-alone private practice and as the director of an ENT affiliated Audiology Practice.  His specialty interests are in the areas of clinical verification of amplification and vestibular diagnostics and treatment.  Dr. Cire received his BA degree from Louisiana Tech University in Ruston, LA, M.C.D. (Master of Communicative Disorders) from Louisiana State University Health Sciences Center, New Orleans, LA and Au.D. from A. T. Still University, Arizona School of Health Sciences in Mesa, AZ.

Sponsor Disclosure: This Course is presented by Cochlear Americas in partnership with AudiologyOnline. By registering for this course, you acknowledge that the course sponsor may use your contact information for education or marketing purposes.

Content Disclosure: This learning event focuses on Cochlear Americas products and services. Other products may be discussed.