West Lafayette, IN--Twenty students who are enrolled in the nation's Au.D. (Doctor of Audiology) programs recently recieved Alliance Fund Fellowships from the Audiology Foundation of America. These sc...   Read More

Brussels- A cost-effectiveness study on the impact of hearing impairment on society shows hearing aids improve quality of life of hearing impaired people by up to 15 % and are highly cost efficient. T...   Read More

SOMERSET, NJ--Oticon, Inc., announced that Michael Ramos of Bridgeport, Connecticut is the recipient of an Otikids $1,000.00 Scholarship. Oticon recognized Michael for his ability to demonstrate that...   Read More

The Organized Audiologist is Proud to Introduce It's New Hearing Aid Cable Organizer!

Imagine never having to struggle with knotty programming cables again! The Hearing Aid Cable Organizer™ is the best invention to happen to the field of hearing healthcare, second only to digital...   Read More

The University of Florida Announces it's Audiology Workshop Series

The University of Florida at Gainesville announces it's Audiology Workshop Series to begin in January 2000. The workshops will initially be held in Nashville, but will eventually move to Gainesville....   Read More

Feedback from Users and Dispensers Shapes Next Generation of Digital Instruments SOMERSET, NJ, June 8, 1999 -Digital hearing aid users are likely to double the daily use of their instruments compared...   Read More

LOUISVILLE, KY. The National Association of Future Doctors of Audiology (NAFDA) will soon have another Chapter to add to its membership roster. The University of South Florida (USF), with one of the l...   Read More

The Latest News and Updates From Frye Electronics!

NOW SHIPPING: WinCHAP Frye is proud to announce that they are now shipping WinCHAP, the Computer Hearing Aid Program for Windows. WinCHAP was designed with the needs of the hearing aid clinician in mi...   Read More

Unitron is pleased to announce that they will be merging with Lori Medical Labs, a hearing aid manufacturer based in Minneapolis, MN. Unitron believes that by working hand-in-hand, both companies will...   Read More

James W. Hall III, Ph.D. has accepted a position as Professor of Audiology, in the Department of Communicative Disorders in the College of Health Professions at the University of Florida Health Scienc...   Read More

NAFDA Announces the Addition of John Zei to It's Advisory Board

LOUISVILLE, KY. The National Association of Future Doctors of Audiology (NAFDA) has added Siemens President & CEO, John Zei, to its Advisory Board. NAFDA Advisory Board Member and Director of Audiolog...   Read More

The staff at Audiology Online has been busy updating numerous sections of the web site. Audiology Online users have made many helpful suggestions which are continually being implemented. These updates...   Read More 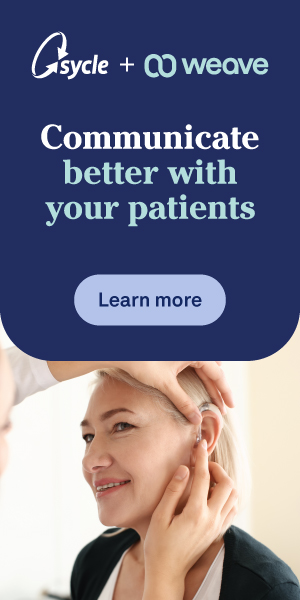