How Does ReSound Implement Research Findings in Cognition and Hearing into its Signal Processing?

How does ReSound implement research findings in cognition and hearing into its signal processing?

How the brain interprets the sounds delivered by the ears is a popular and exciting area of current research. The binaural processes that occur in the patient’s brain, along with individual cognitive factors, are becoming drivers of hearing instrument technology and the impetuses for ways to personalize the fitting for the patient.

ReSound has incorporated cognitive findings into its directionality, pinna restoration, compressor and frequency lowering options. Research about how the brain organizes sounds in the listening environment, to help individuals focus on speakers of interest while still monitoring other sounds around them, formed the basis for ReSound Binaural Directionality and Binaural Directionality II. What is known about localization abilities and the perception of spatial hearing drove the development of Spatial Sense and Directional Mix. Findings on individual cognitive factors promoted the introduction of adjustable compressor time constants. Research on frequency lowering techniques, as well as certain patient characteristics which may predict individual benefit or preclude the use of frequency lowering, influenced the implementation of Sound Shaper.

ReSound Binaural Directionality is designed to support auditory scene analysis (Bregman, 1990), which helps the brain create a virtual acoustic picture of the surrounding listening environment. From this mental construct, the brain is able to both detect current and new sounds as they arise, as well as maintain and redirect focus on signals that are the most interesting to the individual at a given point in time. The brain can best perform these tasks when the inputs from each ear provide information not only on the loudest speaker in the environment, but also on other environmental sounds.

The ability to localize the origin of sounds, as well as to perceive sounds in their respective places and distances as related to the hearing instrument user, guided the implementation of ReSound Spatial Sense and Directional Mix. Spatial Sense incorporates pinna restoration and compressor synchronization to provide high-frequency monaural spectral cues and maintain interaural level difference cues. Directional Mix applies omnidirectional processing for low frequencies for every ReSound directional option, which supports horizontal localization abilities due to preservation of interaural time difference cues. Each of these cues is used by the brain to accurately place the individual in the sound scene, and to better identify the location of sound sources.

Hearing instrument frequency lowering techniques have one thing in common: they all introduce a trade-off between better audibility for high-frequency sounds and preservation of sound quality. Research has shown that some individuals may benefit from this processing, but group data has shown conflicting results. Further, no consensus exists for how to accurately identify individual patients who will benefit from frequency lowering.

The cost-benefit analysis of providing frequency lowering for a given patient currently depends on many factors, including the patient’s hearing loss, tolerance for distortion and cognitive characteristics. Older listeners with hearing loss and poorer working memory abilities have been shown to be more prone to difficulties with distortion in hearing instruments (Arehart, Souza, Baca, & Kates, 2013).  A feature such as frequency lowering, which distorts high frequency sounds by moving them to a lower frequency range, may not be recommended for individuals with these characteristics.

ReSound introduced Sound Shaper with current findings from the large body of frequency lowering research in mind. As there are no clear candidacy criteria for who may benefit from frequency lowering as compared to traditional amplification, Sound Shaper is set as a default to “Off” for every patient, in an effort to preserve sound quality. This allows the clinician to choose to enable Sound Shaper if it is deemed an appropriate option for the individual patient.

The growing body of research on cognition as it relates to hearing and hearing instrument fitting outcomes is shedding light on the need to promote optimal hearing instrument personalization, flexibility and signal processing choices. ReSound technology, designed to emulate natural hearing and support the brain in its unparalleled cognitive abilities, will continue to implement features that meet the needs of each unique patient.

For more information on this topic, please refer to the CEU webinar, Cognition and ReSound: Applying What We Know About the Brain to Signal Processing.

Hornsby, B. (2008, June-July). Effects of noise configuration and noise type on binaural benefit with asymmetric directional fittings. Seminar presented at: 155th Meeting of the Acoustical Society of America, Paris, France. 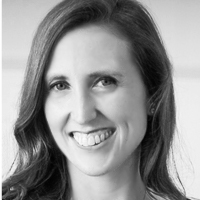 Tammara Stender, Au.D. is Director of External Relations, Global Audiology for GN Hearing. The Global Audiology groups, located in Copenhagen and Chicago, conduct research and development trials from a patient and hearing professional perspective for our new products.  In addition to her position at ReSound, she is also an Adjunct Faculty member at Rush University in Chicago.

1 https://www.audiologyonline.com/audiology-ceus/course/resound-advanced-technology-series-acceptance-30504 ReSound Advanced Technology Series: Acceptance Manager The ReSound Acceptance Manager has been updated and improved in the new ReSound Smart Fit fitting software. This course will provide the details of how to incorporate this gain-adaptation feature into successful hearing aid fittings. auditory, textual, visual

Learn More
3 https://www.audiologyonline.com/audiology-ceus/course/hearing-ecosystems-professionals-can-meet-30261 Hearing Ecosystems: How Hearing Professionals Can Meet the Needs of Today's Hearing Aid Users Hearing aids have limitations that mean they do not always offer optimum benefit. This course reviews evidence of how hearing aid accessories supplement hearing aid performance, and offers guidance on how to implement them in everyday fittings. textual, visual

5 388
'It is very important to educate patients about the significant benefits of these devices'   Read Reviews
AAA/0.1 Intermediate; ACAud/1.0; AHIP/1.0; BAA/1.0; CAA/1.0; IACET/0.1; IHS/1.0; Kansas, LTS-S0035/1.0; NZAS/1.0; SAC/1.0
View CEUs/Hours Offered
Hearing aids have limitations that mean they do not always offer optimum benefit. This course reviews evidence of how hearing aid accessories supplement hearing aid performance, and offers guidance on how to implement them in everyday fittings.
Course Details

Learn More
4 https://www.audiologyonline.com/audiology-ceus/course/more-power-to-you-with-34615 More Power to You with ReSound ENZO Q This course will introduce the new ReSound ENZO Q super power hearing aids, which provide the power you need for more severe hearing losses along with the benefits of the new ReSound chip. We will also be discussing how ReSound ENZO Q is supported by the Smart Hearing Alliance for bimodal fittings with Cochlear products. auditory, textual, visual

More Power to You with ReSound ENZO Q

Learn More
5 https://www.audiologyonline.com/audiology-ceus/course/confidence-in-finer-details-sound-33612 Confidence in the Finer Details: A Sound Story by ReSound This course will provide an overview of the 4 main points of the ReSound LiNX Quattro family of products, including its newest additions. It will focus on the brilliant sound experience, unrivaled full spectrum of streaming, support and personalization, and advanced rechargeable solution that encompasses the ReSound experience. auditory, textual, visual

Confidence in the Finer Details: A Sound Story by ReSound