What makes the MED-EL SYNCHRONY cochlear implant design unique so that it can undergo a 3.0T MRI without requiring magnet removal?

Darla Franz:  In the development of SYNCHRONY, our engineers started thinking about: “How can we create a magnet that could stay in the implant, wouldn’t have to be removed, and would still be able to be scanned with this newer 3.0 Tesla MRI technology?” And they hit upon the idea of a diametric magnet.  It’s a revolutionary design – now patented by MED-EL – that hasn’t, to our knowledge, been used in any other implantable devices.

Up until now, all cochlear implants (CIs) used an axial magnet.  These are tiny discs shaped like a penny (but smaller).  One side of the disc, like the “heads” side of a penny, has a magnet pole that’s one direction, either positive or negative, and the other “tails” side of the disc has the opposite pole.  When the magnet sits against the head in the properly implanted position, the disc is laying down flat.

When you put an axial magnet inside of another strong magnetic field like an MRI, the polarized side of the magnet wants to line up with the larger magnet that’s outside. That causes a lifting motion we call “torque.”  The CI magnet tends to tilt up, away from the surface of the head.  It can be uncomfortable or cause pain even if the magnet tilts a little.  We know this from published literature where patients had CI magnets that were intended to be removed for MRI, but who underwent MRI with the magnets in place (e.g., Kim et al., 2015).  Keep in mind that FDA requirements for medical devices and MRI do not apply to other countries in the world.

The SYNCHRONY magnet sits within a titanium housing, and it can rotate freely within that case.  When a larger magnetic field is applied such as MRI, the magnet inside of the titanium capsule wants to align, and now it can simply turn - like a needle turns in a compass -  into a position where the magnetic forces are neutral.

Then, once the patient puts their CI listening coil back on their head, the magnet rotates back into the place it needs to be to work with the external audio processor/coil.  The implant magnet can rotate and adjust to that external field in order to essentially eliminate torque.

Of course, we considered other things besides torque in the development of SYNCHRONY, such as unintended stimulation, depolarization of the implant magnet, and heating of the metal components,; all of these issues are managed by properly positioning the patient in the MRI scanner.

Lastly, we had to consider artifact.  Artifacts are caused by metals in the implant and mostly by CI magnets.  In the area immediately around the implant the artifact creates a void, or darkened area, on the scan.  This is not an issue with an MRI scan on any other part of the body or even with many MRI scans of the head.  However, in the rare case that the area in the immediate vicinity of the implant needs to be scanned, the SYNCHRONY magnet can be removed.

We now have a cochlear implant where the magnet can be scanned in place with up to a 3.0T MRI, and can also be removed if needed.  In fact, even the removal process has been improved over other CIs with removable magnets.

There have been issues with other CIs where removable magnets have inadvertently worked their way out of the silicone pocket they sit in, even without being put in an MRI scanner.  So having a removable magnet that can’t be moved except deliberately was part of our design plan for SYNCHRONY.

If you look at the SYNCHRONY magnet from the side in cross-section, you will see it is shaped almost like a little hourglass.  It’s a flat disc, but it has a bit of a conical shape around the edges and the magnet only inserts into the implant from underneath, so the conical shape allows it to snap into place.  This enables surgeons to remove and insert it using special instruments , and yet keeps the magnet as safe and stable as possible, as it can only come out from the underside of the implant (the side against the head).

The diametric design – coupled with the conical shape and the insertion and removal from underneath the implant – really adds to the safety.

This Ask the Expert in an excerpt of a full interview on this topic.  Read the full interview here.  For more information, visit http://www.medel.com/us/ or the MED-EL Expo Page on AudiologyOnline. 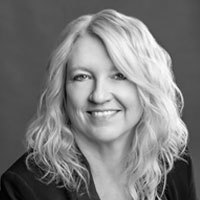 Vice President of Education and Corporate Communication at MED-EL Corporation

Darla is the Vice President of Education and Corporate Communications at MED-EL Corporation. As an audiologist, Darla began working with cochlear implant recipients clinically in 1988 and later joined MED-EL Corporation in 1997. Darla’s passion is ensuring that clinicians working with hearing implants develop a strong foundation in providing excellent patient care.

1 https://www.audiologyonline.com/audiology-ceus/course/mi-casa-tu-en-36129 Mi Casa, Tu Casa (En Casa!) Latinos are the fastest growing minority in the U.S. and it’s estimated that 1 in 7 Latinos have a hearing loss. This webinar will introduce MED-EL’s Bilingual Program, a unique cultural approach to serving and supporting this community. auditory, textual, visual

Learn More
2 https://www.audiologyonline.com/audiology-ceus/course/auditory-practice-for-electric-acoustic-28733 Auditory Practice for Electric Acoustic Stimulation (EAS) Recipients This presentation will provide a general review of candidacy for Electric Acoustic Stimulation (EAS) and impact of mid to high frequency hearing loss. It will then address specific auditory training exercises that EAS recipients can practice to adjust to new sounds and maximally benefit from their device. auditory, textual, visual

Learn More
4 https://www.audiologyonline.com/audiology-ceus/course/med-el-electric-acoustic-stimulation-28485 MED-EL Electric-Acoustic Stimulation Clinical Trial Outcomes In this course presenters will discuss the study design and important outcomes from the US Clinical Trial for Electric-Acoustic Stimulation. Data collected from study subjects will be presented within the context of the clinical trial as well as from additional testing completed at the lead study site. auditory, textual, visual

5 69
'The way the research was explained and compared to similar devices'   Read Reviews
AAA/0.1 Intermediate; ACAud/1.0; AG Bell - LSLS/1.0 Domain 1; BAA/1.0; CAA/1.0; IACET/0.1; IHS/1.0; Kansas, LTS-S0035/1.0; NZAS/1.0; SAC/1.0
View CEUs/Hours Offered
In this course presenters will discuss the study design and important outcomes from the US Clinical Trial for Electric-Acoustic Stimulation. Data collected from study subjects will be presented within the context of the clinical trial as well as from additional testing completed at the lead study site.
Course Details

Learn More
5 https://www.audiologyonline.com/audiology-ceus/course/back-to-basics-with-med-36438 Back to Basics with MED-EL Part 1: Hearing Implant Candidacy Hearing implant candidacy has changed significantly over the years to include persons with more hearing and even those with Single-Sided Deafness. This webinar will focus on the approved candidacy for MED-EL hearing implants. auditory, textual, visual

Back to Basics with MED-EL Part 1: Hearing Implant Candidacy

5 227
'The case studies were so interesting and it was good to see actual examples of patients'   Read Reviews
AAA/0.1 Introductory; ACAud/1.0; ASHA/0.1 Introductory, Professional; BAA/1.0; CAA/1.0; IACET/0.1; IHS/1.0; Kansas, LTS-S0035/1.0; NZAS/1.0; SAC/1.0
View CEUs/Hours Offered
Hearing implant candidacy has changed significantly over the years to include persons with more hearing and even those with Single-Sided Deafness. This webinar will focus on the approved candidacy for MED-EL hearing implants.
Course Details