The webinar is a practical review of an infant hearing screening strategy that combines OAE and automated ABR measurements. Advantages of the combined approach are emphasized. This course is the second in a 3-course series on the topic of otoacoustic emissions (OAEs) for audiologists that will be presented on AudiologyOnline in June 2015. The series provides the whys and hows to using OAEs clinically in the audiological evaluation of both children and adults, as well as their use in newborn hearing screening. 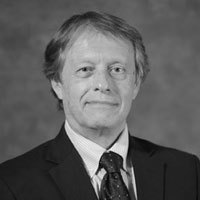 James W. Hall III, PhD is an internationally recognized audiologist with 40-years of clinical, teaching, research, and administrative experience. He received his Ph.D. in audiology from Baylor College of Medicine under the direction of James Jerger.  During his career, Dr. Hall has held clinical and academic audiology positions at major medical centers. Dr. Hall now holds appointments as Professor at Salus University and the University of Hawaii, and as Extraordinary Professor at the University of Pretoria South Africa. Dr. Hall is the author of over 160 peer-reviewed journal articles, monographs, or book chapters, and nine textbooks including the 2014 Introduction to Audiology Today and the 2015 eHandbook of Auditory Evoked Responses.

More
Presenter Disclosure: Financial: James Hall is President of James W Hall III Audiology Consulting, LLC. He is the author of the Handbook of Auditory Evoked Responses and Audiologists’ Desk Reference Volumes I and II, the Handbook of Otoacoustic Emissions and the forthcoming two volume series Handbook of Auditory Neurophysiology. He is co-author of Otoacoustic Emissions: Principle, Procedures and Protocols. Dr. Hall has conducted funded research on the topic of clinical electrophysiology and infant hearing assessment. He has received an honorarium for presenting this course. Non-financial: James Hall has no relevant non-financial relationships to disclose.