The British Tinnitus Association (BTA) has today announced an award of £118,000 to a team from Macquarie University, Australia for a study that aims to develop a reliable objective measure of tinnitus.

The three-year research project – led by Dr David McAlpine, Professor of Hearing Language and the Brain at Macquarie University, with a team including Dr Roland Schaette, Reader in Computational Auditory Neuroscience at the Ear Institute, University College London – will use artificial intelligence (AI) to determine whether a person has tinnitus – or not – through examining recordings of their brain waves. This approach will also be used to investigate the causes of tinnitus and where changes in the inner ear and hearing brain might be occurring. Findings from the study have the potential to guide new treatment options for people with tinnitus.

Professor David McAlpine said: “We’re thrilled to have been awarded such a substantial grant from the BTA, to allow us to undertake this important research. We believe that developing an objective, reliable indicator of tinnitus will benefit a wide range of tinnitus patients.”

"Using artificial intelligence means we can examine more data, more quickly and more thoroughly, and is an exciting use of the technology."

The project is the second of two to be funded from the British Tinnitus Association’s 2020/21 large research grant funding program.  The £234,000 funding round is the highest amount to ever be awarded by the charity, and seals their position as one of the world's key supporters of tinnitus research.

David Stockdale, Chief Executive of the British Tinnitus Association, said: “We’re delighted to reveal the second of our large research grant recipients, and it is particularly pleasing that it is to an international collaboration, which highlights our vision for a world where no one suffers from tinnitus.”

“This project is an important study and could provide essential information which will enable future treatments to be objectively assessed, leading to more effective management of tinnitus. Ultimately, such a measure would also be able to confirm when a cure – or cures – is found.”

“Whilst we have made our largest-ever awards for research this year, tinnitus research is dramatically underfunded and we’re committed to funding, supporting and lobbying for what’s needed to silence tinnitus once and for all.” 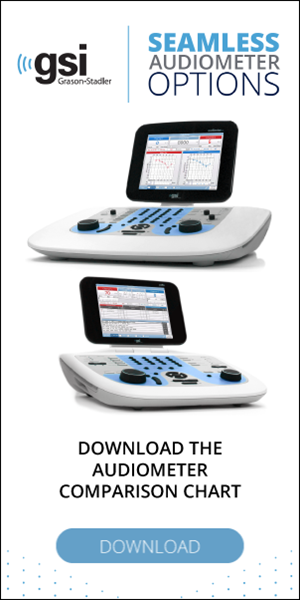