Algorithmic Solution for Hearing Aids and Implants Tunes Out Talkers, Tunes in the Person the Wearer Wants to Hear.

Wearers of cochlear implants and hearing aids often have difficulty teasing out what someone is saying over “babble” — the cacophony of other talkers — and other ambient sounds. New York University researchers have devised a novel solution: an algorithmic approach that, like making drinkable water from pond water, distills the talker’s voice from a turbid wash of noise.

Most algorithms for acoustic noise suppression aim to eliminate steady background noise — the sound of an air conditioner or road noise are familiar examples — which is relatively easy to attenuate. Babble is much more difficult to suppress because it resembles the foreground voice signal one aims to hear. Few algorithms even attempt to eliminate it.

The traditional method to analyze a speech signal decomposes the signal into distinct frequency bands, like a prism that separates sunlight into a rainbow of colors. SEDA, however, decomposes a speech signal into waveforms that differ not just in frequency (the number of oscillations per second) but also in how many oscillations each wave contains.

“Some waveforms in the SEDA process comprise many oscillations while other comprise just one,” said Selesnick, whose National Science Foundation-funded research in 2010 was the springboard for Soleymani’s work. “Waveforms with few oscillations are less sensitive to babble, and SEDA is based on this underlying principle,” said Soleymani. Selesnick added that this powerful signal analysis method is practical only now because of the computational power available in electronic devices today.

J. Thomas Roland, Jr., the Mendik Foundation Professor and chairman of the Department of Otolaryngology-Head and Neck Surgery at NYU Langone, said noise is the number-one problem for people with any degree of hearing loss, even with an appropriately fit hearing aid or cochlear implant. “It is also a big problem even for normal-hearing people,” he said.

The potential uses for SEDA, for which a U.S. patent application has been submitted, go way beyond helping the hearing impaired. “While it was originally conceived for improving performance with cochlear implants (which it does very well), I can imagine the market might even be bigger in a mobile phone arena,” said Landsberger.

The NYU Tandon School of Engineering dates to 1854, when the NYU School of Civil Engineering and Architecture as well as the Brooklyn Collegiate and Polytechnic Institute (widely known as Brooklyn Poly) were founded. Their successor institutions merged in January 2014 to create a comprehensive school of education and research in engineering and applied sciences, rooted in a tradition of invention, innovation and entrepreneurship. In addition to programs at its main campus in downtown Brooklyn, it is closely connected to engineering programs in NYU Abu Dhabi and NYU Shanghai, and it operates business incubators in downtown Manhattan and Brooklyn. For more information, visit http://engineering.nyu.edu. 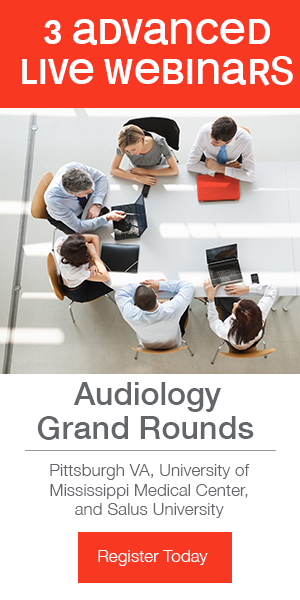