“At Starkey, we believe hearing connects us to our humanity. We created Starkey Cares, our Corporate Social Responsibility program, to show those who need access to hearing health that we will take care of them.  This partnership will allow us to make a difference in even more people’s lives around the world, so these athletes can get back to doing what they love!” said Tani Austin, Chief Philanthropy Officer for Starkey.

Through this global partnership launch, Starkey and Special Olympics celebrate a shared commitment to creating a world where people with intellectual disabilities have every opportunity to be healthy. “Special Olympics has done tremendous work empowering their athletes,” said Brandon Sawalich, President and CEO of Starkey. “Starkey shares that commitment to helping others feel included and accepted, and helping them reconnect to the world around them.  Starkey Cares is our corporate promise to continue this work, and we could not ask for a better partner than Special Olympics.”

“We are grateful for Starkey’s global commitment to supporting the health needs of people with intellectual differences,” said Dr. Timothy Shriver, Chairman of the Board, Special Olympics International. “Nearly a quarter of our athletes failed a pure tone hearing test which puts them at risk for hearing loss.  We know that around the world many people with intellectual disabilities lack access to routine care including hearing screenings.  And most significantly, many of our athletes who are screened have problems getting the follow up care they so urgently require, due to a lack of education about their hearing loss and critically needed family and community support.  These statistics require urgent action. With Starkey Cares by our side, we are able to close the referral loop and give our athletes greater access to hearing health, and a greater opportunity to contribute to their communities.  That’s inclusive health in action.” 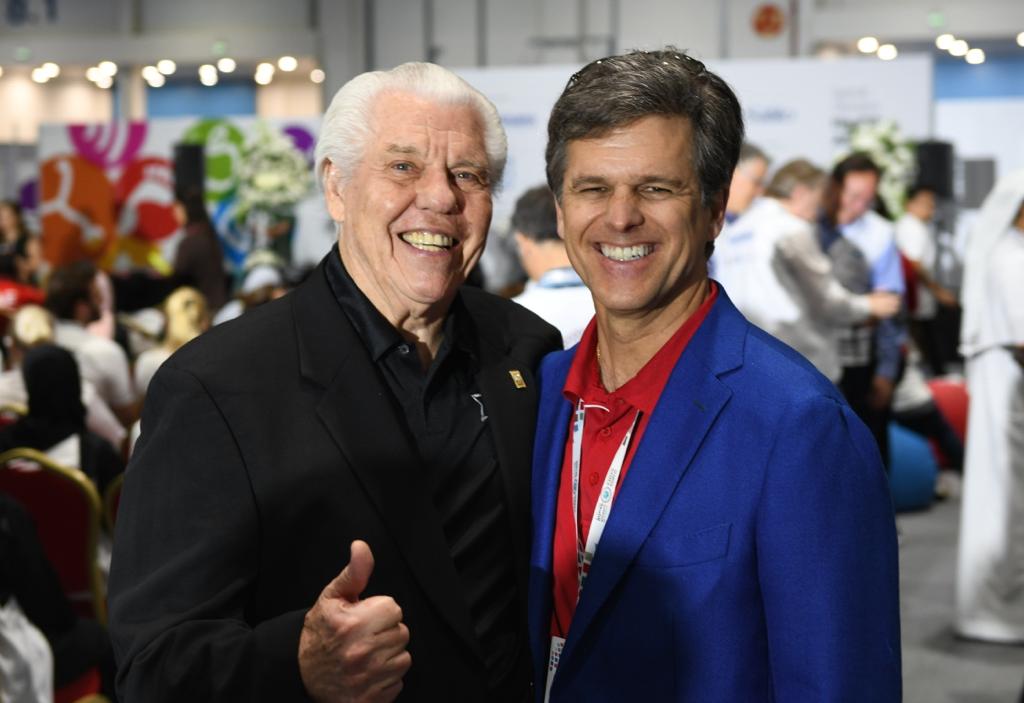 Bill Austin, Owner and Chairman at Starkey (left), is shown pictured with Dr. Timothy Shriver, Chairman of the Board, Special Olympics International (right).

Founded in 1968, Special Olympics is a global movement to end discrimination against people with intellectual disabilities. We foster acceptance of all people through the power of sport and programming in education, health and leadership. With more than six million athletes and Special Olympics Unified Sports® partners in over 190 countries and territories and more than one million coaches and volunteers, Special Olympics delivers more than 30 Olympic-type sports and over 100,000 Games and competitions every year.