MINNEAPOLIS, Nov. 18, 2019 – In honor of Veteran’s Day this month, Starkey Hearing Technologies was a proud sponsor of the 2019 Bush Institute W100k in Crawford, Texas. The high-endurance mountain bike ride highlights the bravery and sacrifice of our nation’s warriors. 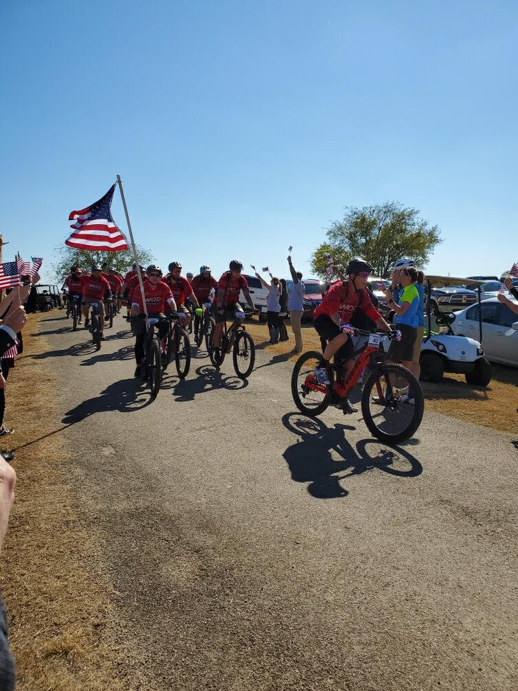 On November 8 and 9, servicemen and women wounded in the global war on terror joined President George W. Bush for the annual multi-day ride at his Central Texas ranch. Last week, Starkey President Brandon Sawalich participated in the 40-kilometer bike ride. “It was an honor to participate in this incredible event and ride with some of our nation’s greatest heroes,” said Sawalich. “These men and women are an example of the American spirit and the resilience of the human heart. At Starkey, we know that hearing loss is one of the most common medical needs impacting veterans and active-duty military personnel. We feel a great responsibility to advocate for them on Veteran’s Day and every other day of the year.”