January 13th, 2023 -- Tinnitus UK (formerly the British Tinnitus Association) has today announced the award of the Marie and Jack Shapiro Prize to a study that looked at a possible genetic component to tinnitus.

The paper Genome-wide association study suggests that variation at the RCOR1 locus is associated with tinnitus in UK Biobank conducted by teams based at King’s College London and the Ear Institute, University College London using data from the UK Biobank found a number of interesting candidate genes which may be linked to tinnitus, notably the RCOR1 locus.

The prize was judged by Tinnitus UK’s Professional Advisers’ Committee, who commented: “The authors of this study have used the records of over 170,000 participants in UK Biobank to identify a gene they newly link to the risk of developing tinnitus. Importantly, the gene was not linked to hearing loss, but seems to have an independent link to tinnitus. Future research on this gene might help to identify mechanisms of tinnitus or develop new treatments.”

Understanding the genetic factors underpinning tinnitus is one of the approaches we can use to identifying the biological pathways of importance, and from this to develop targeted therapies. The work was supported by a PhD studentship from the Royal National Institute for the Deaf and by NIHR funding to support the UCL Biomedical Research Centre.

We are indebted to the many volunteers at UK Biobank who gave so generously of their time and their samples and allow research on large samples such as this to take place. We are building on this work by recruiting further cohorts and hope to expand our understanding of the genetics of tinnitus in the near future.”

Deanne Thomas, Chief Executive of Tinnitus UK, said: “We’re delighted to award the Marie and Jack Shapiro Prize to this useful study. This project’s findings were very interesting and indicate that there are possible genetic risk factors for developing tinnitus.

The study shows the potential benefits that a dedicated Tinnitus Biobank could bring, allowing us to understand the condition much better and answer many other questions that, thanks to chronic underinvestment, so far remain unanswered.”

The Marie & Jack Shapiro Prize is given each year by Tinnitus UK to the piece of published research, by a UK based author, ‘most likely to result in improved treatment or public awareness of tinnitus,’ that was published in the last calendar year. The prize is named after the late Jack Shapiro and his wife Marie, who both played an important role in the establishment of the charity and in raising awareness of tinnitus.

We are striving for a world where no one suffers with tinnitus.

For every seven adults in the UK, one will have tinnitus. Think about that the next time you’re in the supermarket, on the bus, or walking down the street. Tinnitus affects 7.6 million people in the UK – with 1.5 million of them having severe tinnitus.

To everyone living with tinnitus, our message is clear – your struggle is our cause. 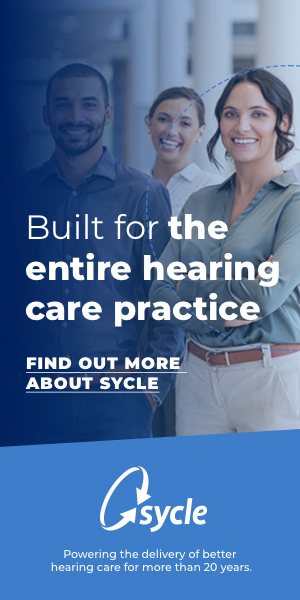