What is the Neurological Basis for Temporary Suppression of Tinnitus Following Loud Music?

The temporary suppression of tinnitus following the termination of an external masking noise is known as the phenomenon of “residual inhibition.” It is a measure commonly included in the clinical evaluation of tinnitus. Going back to the neurophysiological model of tinnitus, an over-excitation of neurons, as a result of damage to the auditory system, generates the ringing or buzzing that patients perceive. Some professionals believe that the phenomenon of residual inhibition counteracts that process in some patients. By stimulating the damaged areas of the auditory cortex, this process works to shut off or suppress the neuronal excitation that causes the tinnitus, thereby yielding a temporary suppression of tinnitus.

Not all patients will experience any suppression of tinnitus following exposure to the masking noise. And in those patients who do, the effects are usually extremely transient and unsustainable. The fundamental premise for the measurement of residual inhibition involves a short-term exposure (60 seconds) to masking stimuli at an intensity level that does not exceed the level of comfort for an individual. Due to the well-documented dangers of exposure to loud sounds for individuals with tinnitus, overstimulation with loud music is not recommended.

Regarding your second question, the ability to temporarily change (increase/decrease) the character of tinnitus with neck and/ or jaw contractions is the phenomenon of “somatic modulation of tinnitus.” Non-auditory disorders such as tempomandibular (jaw joint) disorders have long been associated with tinnitus and have been described in literature (Simmons et al 2008). Shore et al (2007) investigated and reported on the complex neurological basis of the somatic tinnitus phenomenon; the summary states that neural connections between the somatosensory and auditory system may play a role.

The literature proposes that somatic tinnitus is caused by a disinhibition of the ipsilateral dorsal cochlear nucleus, where these neurons receive input from nearby cranial and cervical nerves (Levine 1999).  Prevalence of tinnitus modulation by jaw clench has been investigated in the general population (Simmons et al 2008), and the authors state that it is not an uncommon occurrence among tinnitus patients.

This Ask the Expert was a follow up question from the webinar, The Neurophysiological Model of Tinnitus: A Practical Perspective, which is available to view as a recorded course as well as a text course.  For more information about Neuromonics, visit http://www.neuromonics.com/ or the Neuromonics Expo Page on AudiologyOnline. 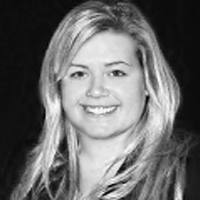 Casie has been with Neuromonics since 2008 training Audiologists in tinnitus and how to be effective in treating disturbing tinnitus.  She has extensive clinical experience in helping patients improve their quality of life and be successful in overcoming their tinnitus with the Neuromonics therapy.  Casie has research in the area of psychoacoustics, pitch memory, and auditory memory.  Presenter is employed by Neuromonics Inc

Marta R. Hecocks is a clinical specialist with Neuromonics, Inc., providing clinical support to clinicians in the areas of product and treatment training, as well as assistance with clinical appointments.