Singing in the Rain: Using Music to Reinforce Listening (Professionals)

Presented by Christine Barton, this course provides participants with additional approaches to using music for spoken language development in young deaf and hard of hearing children. A special emphasis on the use of songs that focus on listening and language development while a young child is playing in the water will be provided. 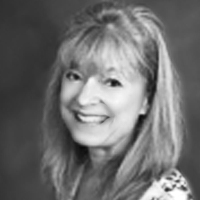 Chris is an award-winning composer and performer.  As a board certified music therapist, she has worked in child and adolescent psychiatry, hospice settings, school programs for autistic and brain-injured children and private practice. She currently directs Central Canal Creative Arts Therapies in Indianapolis and primarily sees young children with autistic spectrum and speech and hearing disorders. Chris is the mother of a teenage son with Asperger’s Syndrome.

More
Presenter Disclosure: Financial: Christine Barton, MM, MT-BC, is a music consultant for Advanced Bionics, LLP. She has contributed numerous music experiences to their free website “The Listening Room” at TheListeningRoom.com. Some of the songs in this presentation are available at no cost from the Listening Room. Non-Financial: Christine Barton has no non-financial relationships to disclose.

Content Disclosure: This learning event focuses on music rehabilitation resources with some reference to those available through Advanced Bionics.