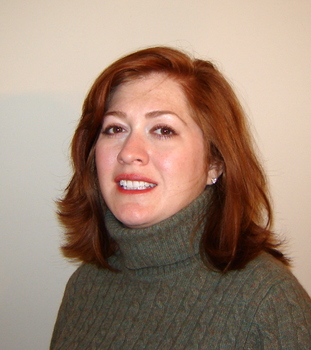 Product Manager over the ICS line of products

Wendy Crumley has been involved in newborn hearing screening since June of 1996 following up with babies who referred their newborn screening.  In 1997, with the inception of the Sounds of Texas Project Wendy implemented Universal Infant Hearing Screening Programs in hospitals within the state of Texas as well as out of state. She educated pediatric staff, nursing staff, parent education coordinators, and designated infant hearing screeners regarding the importance of infant hearing screening and early identification of hearing loss, developed site specific daily and follow-up protocol, and trained designated infant hearing screeners using otoacoustic emissions and screening auditory brainstem response technologies.  She facilitated communication among the Sounds of Texas Project, the hospital, the local Early Childhood Intervention Agency (ECI), the local Department of Health Agency, and the area audiological clinic.

She worked for Bio-logic Systems Corp. as an Area Program Specialist for the past 5 years as well as Assistant Product Manager during the past 2 years. She trained Bio-logic distributors on screening and diagnostic equipment and used her past experiences and knowledge to help Bio-logic grow and meet the needs of nurses, audiologists, hospitals, and state programs in the realm of audiological screening and diagnostics.  She assisted in the development of new products by relaying end user feedback and needs to those writing product specifications, through the development and production of product manuals and marketing materials.  She also was in the forefront of Biologicâ€™s education programs.

She joined the team at GN Otometrics in July 2006, as a professional trainer where she assists in the development of new products by relaying end user feedback.  She worked collaboratively with product managers on new product specifications primarily on fitting systems and audiometry.  She also developed education programs, from the development of new technology seminars, in-house trainings and online seminars as well as lecturing at national and regional conventions.  In June of 2007, she was promoted to Product Manager over the ICS line of products where her focus is balance and electrophysiology.

Sponsor Disclosure: This Course is presented by Otometrics in partnership with AudiologyOnline.

Content Disclosure: This learning event focuses on Otometrics products and services and will not include info on other products or services.