What's the Difference Between Frequency Modulation in FM Systems and Digital Modulation?

What is the difference between traditional frequency modulation in FM systems and digital modulation that has started to appear on the markets?

By having digital sound transmission and digital sound processing, you get a robust and steady signal.  This leads to fewer transmission dropouts and security in the transmission itself, since it is an encrypted digital signal.  You also have a much wider system bandwidth at 100 to 7000 HZ, compared to analog FM. Digitally modulated sound utilizes instructions, or a set of guidelines by which it has replicate the signal (think recipe), rather than an image of the sound itself (think photocopy), which makes it much more robust and reliable compared to the analog transmissions of the past.

Digital modulation transmits by way of a very simple system, an all-or-nothing response that we refer to as binary code.  Binary code is made up of ones and zeros.  It is instructions in its easiest form.  It is a yes or no, true or false; nothing is left up to chance.  Either the receiver is going to understand the transmission, resulting in crisp sound quality, or there is going to be no sound at all, which is very different from an analog system where there are distortions and replications that are not good copies of what was produced.

One other factor that is different with the FM analog transmission of the past and digitally modulated transmission we use today is compression.  The older analog system used much more compression for higher inputs and had more inherent noise in the lower frequencies.  With the digital modulation philosophy, we limit that compression.  You do not have to worry about the low-level noise because it is a digital transmission.  If you do need more compression, we let the hearing aid add that on, instead of adding compression on top of compression.  This is what allows such a wide, robust dynamic range.

This Ask the Expert was taken from the recorded webinar, HearYou with Comfort Audio. You may also learn more on the Comfort Audio Expo Page on AudiologyOnline. 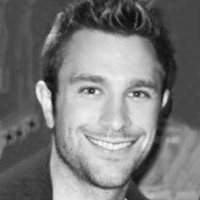 Dr. Bielski received his Bachelor of Science and Doctorate of Audiology from the University of Illinois at Champaign-Urbana. He is a fellow of the American Academy of Audiology. Prior to joining Comfort Audio as a staff audiologist and product specialist he worked primarily as a diagnostic and dispensing audiologist in private practice.