20Q: Audiology to the People - Combining Technology and Connectivity for Services by Telehealth

This article provides an overview of telehealth, and discusses a range of topics specific to telehealth applications for audiology and hearing care, in an engaging question-and-answer format. 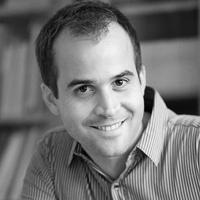 Dr. De Wet Swanepoel is a professor in Audiology at the Department of Communication Pathology, University of Pretoria, South Africa and a senior research fellow at the Ear Science Institute Australia. He also holds adjunct positions at the University of Texas at Dallas, Callier Center for Communication Disorders and University of Western Australia School of Surgery. He has published more than 70 peer-reviewed articles, books and book chapters. He has received numerous awards, including a Presidents rating from the National Research Foundation, and research grants in recognition of his work in these areas. He has served as visiting Professor to international institutions including the University of Western Australia, Perth and The University of Örebro in Sweden. He is a regular presenter at international conferences and serves on a number of international committees including the executive board of the International Society of Audiology and the World Health Organization ICF Core Set for Hearing Loss committee.

His research and clinical interests span the field of early identification and diagnosis of hearing loss, objective measures of auditory functioning, and ear and hearing telehealth. Related to telehealth, De Wet serves as co-chair for the American Academy of Audiology Taskforce on Tele-Audiology towards a new white paper. He is also authoring the first tele-audiology chapter for the upcoming seventh edition of the Handbook of Clinical Audiology.

Handouts are available for this course.
Presenter Disclosure: Financial: De Wet Swanepoel has received NIDCD R01 research funding (Keefe, Hunter, Feeney, Co-PIs) for studies which relate to topics covered in this article. He has received travel funding and honoraria as an invited speaker at meetings for Interacoustics. De Wet Swanepoel is authoring the first tele-audiology chapter for the upcoming seventh edition of the Handbook of Clinical Audiology. Non-Financial: De Wet Swanepoel serves as co-chair for the American Academy of Audiology Taskforce on Tele-Audiology towards a new white paper.