Join the senior audiology staff and their students at Henry Ford Hospital in Detroit, Michigan as they highlight interesting clinical cases in a grand rounds style format. In addition to the case presentations, a live video feed will capture spontaneous questions, discussion and debate that make the department’s staff meetings lively, insightful and thought-provoking in order to facilitate clinical decision-making and best practices. This session will cover diagnostic cases. For information on other courses in this series please visit www.audiologyonline.com/grandrounds 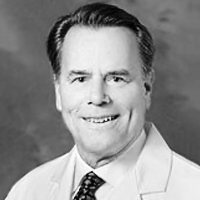 Brad A. Stach, Ph.D. is Director of the Division of Audiology, Department of Otolaryngology-Head and Neck Surgery, of the Henry Ford Health System in Detroit, Michigan.  He also serves as Director of Audiology Clinical Education at Wayne State University Department of Communication Sciences and Disorders. Dr. Stach has served in audiology leadership and clinical positions at The Methodist Hospital of Houston, Georgetown University Medical Center, the California Ear Institute at Stanford University, the Nova Scotia Hearing and Speech Clinic, and the Central Institute for the Deaf. He was a founding board member of the American Academy of Audiology and has served as its President and the Chair of its Foundation’s Board of Trustees. 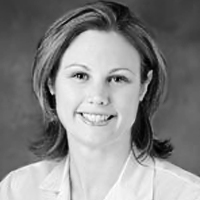 Virginia Ramachandran, Au.D., Ph.D. is a senior staff audiologist in the Division of Audiology, Department of Otolaryngology – Head and Neck Surgery of the Henry Ford Health System in Detroit, Michigan. Dr. Ramachandran also coordinates the clinical education experiences of the audiology students at Wayne State University. She serves as the current president of the Michigan Academy of Audiology.

Adrianne Fazel obtained her Master's degree from the University of Minnesota in 2003 and her Au.D. from the University of Florida in 2006. She has worked at Henry Ford Hospital since 2003 and has been the Coordinator of Clinical Services at the Main Campus since 2008.  Dr. Fazel provides a variety of diagnostic and rehabilitative services including: diagnostic audiometric evaluations; vestibular testing; hearing aid selection, orientation and follow-up; and infant ABR in the intensive care nursery. She teaches undergraduate courses in audiologic rehabilitation at Wayne State University.

Jessica Messer received her Bachelor of Arts degree from Michigan State University in 2008 and her Doctor of Audiology degree from Purdue University in 2012. She has been a Senior Staff Audiologist with the Henry Ford Health System since July of 2012, after completing her fourth-year externship with the system.

Lindsay Bauman is an audiology student at Wayne State University.

Christopher Durham is an audiology student at Wayne State University.

Sponsor Disclosure: This course is presented by Henry Ford Hospital in partnership with AudiologyOnline.