Tinnitus is more than just ears. This webinar will present a pathway for management of tinnitus including the use of a multidisciplinary team.

This course has a minor audio disruption halfway through the recording which should not significantly interfere with the presentation. 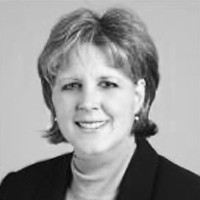 Sharon A. Sandridge, Ph.D. is currently Director, Audiology Clinical Services and Co-Director, Tinnitus Management Clinic, and Audiology Research Lab (ARL) at the Cleveland Clinic, in Cleveland, OH.   Dr. Sandridge received her BA and MA from the University of Akron and her Ph.D. from the University of Florida.  Her primary clinical and research interests include the areas of tinnitus, amplification, electrophysiology and precepting.  She and her colleague, Dr. Craig Newman, have completed a number of funded-research projects and have authored a number of articles in these areas.