If the family’s desired outcomes for their child include spoken language, literacy, social competencies, and life development consistent with hearing peers, then beginning in infancy, every encounter, location, and environment must be viewed from an acoustic accessibility perspective. That is, in order for a child’s auditory brain centers to grow and develop, the child’s brain must be stimulated with sufficient quality and quantity of auditory events. This course will address acoustic accessibility and technology considerations. Case management to optimize auditory access will be discussed and strategies to repair speech perception deficits provided. 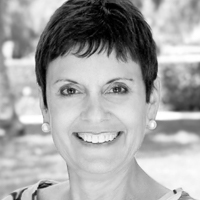 Dr. Carol Flexer received her doctorate in audiology from Kent State University in 1982. She was at The University of Akron for 25 years as a Distinguished Professor of Audiology in the School of Speech-Language Pathology and Audiology. Special areas of expertise include pediatric and educational audiology. Dr. Flexer continues to lecture and consult extensively nationally and internationally about pediatric audiology issues. She has authored numerous publications and co-edited and authored ten books. Dr. Flexer is a past president of the Educational Audiology Association, a past president of the American Academy of Audiology, and a past-president of the Alexander Graham Bell Association for the Deaf and Hard of Hearing Academy for Listening and Spoken Language. 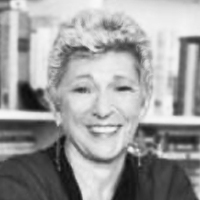 Dr. Jane Madell is Director of Pediatric Audiology Consulting. She has been a pediatric audiologist for more than 40 years. Dr Madell is a certified audiologist, speech-language pathologist, LSLS and auditory verbal therapist. Dr Madell’s clinical and research interests have been in the area of evaluation of hearing in infants and young children, management of hearing loss in children with severe and profound hearing loss, selection and management of amplification including cochlear implants and FM systems, assessment of auditory function, and evaluation and management of auditory processing disorders. Dr Madell has published 3 books, 16 book chapters, and numerous journal articles and is completing a 4th book. She is a frequent presenter at professional meetings.

More
Presenter Disclosure: Carol Flexer and Jane Madell are paid guest presenters for Cochlear Americas. They have no non-financial relationships to disclose.

Sponsor Disclosure: This course is presented by Cochlear Americas in partnership with AudiologyOnline.