Cochlear Implants for Children with Auditory Neuropathy Spectrum Disorder: What Are We Learning?

This course will provide participants with clinical information regarding cochlear implants in children with auditory neuropathy spectrum disorder. 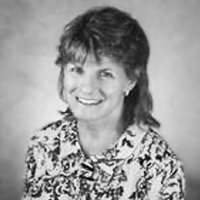 Holly F. B. Teagle, AuD is the Program Director at the Carolina Children’s Communicative Disorders Program (CCCDP), which is the home of the University of North Carolina Pediatric Cochlear Implant Program and the Center for the Acquisition of Spoken Language through Listening Enrichment (CASTLE).  She is an Associate Professor in the Department of Otolaryngology, School of Medicine, with an adjunct appointment in the UNC Division of Speech and Hearing Sciences;she teaches the Cochlear Implant course and supervises AuD students in clinical practicum. Holly has been involved with clinical research and cochlear implant patient care for over 25 years.  She has authored many journal articles and book chapters and frequently presents on topics related to cochlear implantation at state, national and international workshops and conferences. Holly Teagle has no relevant financial or nonfinancial relationship to disclose.

Sponsor Disclosure: This course is presented by Advanced Bionics in partnership with AudiologyOnline.