This webinar series examines innovative trends in hearing science research, and its current and future applications to clinical care. Topics discussed include applied neuroscience research, the use of cognitive assessments in the hearing clinic, and mobile apps to enhance the listening experience. 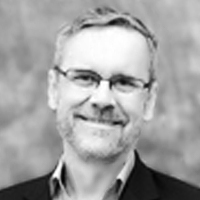 Simon Carlile Ph.D. is Senior Director of Research and leads Starkey Research in their quest for ground breaking and innovative hearing solutions. Simon has a BSc (Hons) and PhD from the University of Sydney in Auditory Neuroscience. He completed his postdoctoral training at Oxford University (UK) where he was a Junior Research Fellow of Green college. He later established and became Head of the Auditory Neuroscience Laboratory at the University of Sydney where he also a Professor of Neuroscience in the School of Medical Sciences. Simon also held senior management roles as CIO (University of Sydney) and as the CTO for two start-up technology companies. Simon has published more than 110 articles in peer-reviewed international journals, a strong patent portfolio, edited a foundation volume on auditory virtual reality and is Associate Editor for Nature’s – Scientific Reports.

Jason Galster is Senior Manager of Audiology Research with Starkey Hearing Technologies. His research interests have spanned topics that include room acoustics, pediatrics, signal processing, and most recently, interpreting individual variability in the outcomes of patients with hearing aids. Several times each year, Dr. Galster teaches courses in hearing aids to audiology students inside and outside of the United States. 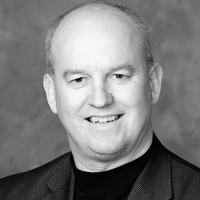 Chris Howes joined Starkey Hearing Technologies in 1998 after spending eight years working in audiology at Bethesda Naval Hospital and Walter Reed Army Medical Center. He transferred to Research and Development at Starkey in 2000 and his current role is as a Senior Software Product Manager. Chris was the product manager responsible for Inspire fitting software from the first designs until 2010. His current focus is on the design and development of mobile software applications along with “special” project assignments as needed. Chris presents regularly for Starkey on a variety of topics that include; mobile applications, fitting software, concept software, and hearables.

Content Disclosure: While this learning event does not focus exclusively on any specific product or service, the third module of this course may demonstrate mobile apps using Starkey products.

AudiologyOnline is approved by the American Academy of Audiology to offer Academy CEUs for this activity. The program is worth a maximum of 0.3 CEUs. Academy approval of this continuing education activity is based on course content only and does not imply endorsement of course content, specific products, or clinical procedure, or adherence of the event to the Academy's Code of Ethics. Any views that are presented are those of the presenter/CE Provider and not necessarily of the American Academy of Audiology.

AudiologyOnline courses are approved for Continuing Education Points by the Australian College of Audiology. Automatic ACAud Approval Number 20000. This course is offered for 3 CEP.

This course has been accredited with 3 CPD point/s by the British Academy of Audiology.

continued, LLC, DBA AudiologyOnline, is accredited by the International Association for Continuing Education and Training (IACET). continued complies with the ANSI/IACET Standard, which is recognized internationally as a standard of excellence in instructional practices. As a result of this accreditation, continued is authorized to issue the IACET CEU. continued, LLC, is authorized by IACET to offer 0.3 CEUs for this program.