One Size Does Not Fit All: Selecting and Fitting Devices for Tinnitus Management 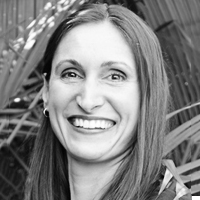 Dr. Jennifer Martin earned her degrees at UC Santa Barbara, University of Nebraska-Lincoln and AT Still University.  She currently holds a faculty position at the National University of Singapore, where she teachers master's degree students.  She also works at the National University Hospital in Singapore as a senior audiologist.  Previously, she worked as a senior tinnitus specialist at the Oregon Health & Science University.  Her clinical interests include tinnitus evaluation and management, management of special auditory disorders, and hearing health promotion.  Her research interests include the neuropharmacoloy of tinnitus, hearing health promotion in tribal communities and noise-induced hearing loss prevention in children.