This introductory course will familiarize participants with OTOsuite software, a platform utilized for integrating patient testing and counselling as well as providing reporting and documentation abilities. The benefits of utilizing a computerized platform will be discussed and a tutorial on how to navigate the software will be provided. 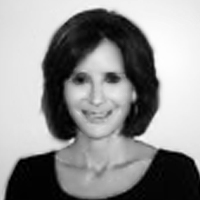 Angela Flores received her Master’s degree in Audiology from the University of South Alabama and completed her CFY at Mayo Clinic. She received her Au.D. from Salus University in 2009. She worked clinically with Mayo Clinic and the University of Florida Pediatric Program for over 8 years.  More recently, she has worked with Siemens Hearing Instruments in varying roles including Director of Education and Training, Senior Manager of Education and as a Training and Educational Specialist.  During her tenure at Siemens, Angela was responsible for the planning and implementation of customer and employee product educational sessions.  Her responsibilities also included creating and editing sales and marketing pieces.  Her current role is that of an independent audiology consultant.  She has lectured all over the U.S. as well as internationally on varying topics in the Hearing Healthcare industry. 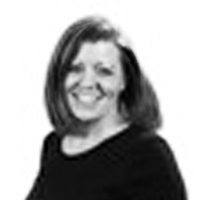 Director of Commercial and Education Development

Kathleen Hill, Au.D., is the Director of Commercial and Education Development at Otometrics.  She is responsible for overseeing the education and training program for Otometrics employees, distributors and business partners.

Dr. Hill joined Otometrics from Advocate Illinois Masonic Medical Center in Chicago, where she worked as an audiologist.  Prior to that, she was the audiology manager at Children’s Memorial Hospital (now the Ann & Robert H. Lurie Children’s Hospital), also in Chicago.  Dr. Hill relocated to Chicago from St. Louis, where she was the audiology supervisor at Cardinal Glennon Children’s Hospital.  She has been a program professor at Nova Southeastern University in Fort Lauderdale, Florida; she has also been in private practice.

Dr. Hill earned her bachelor of science degree in communication disorders/deaf education from the Texas Woman’s University and her doctor of audiology degree from Central Michigan University.

Content Disclosure: This learning event focuses on Otometrics / Audiology Systems products and services and will not include info on other products or services.