Pediatric Case Studies, Hearing Assistive Technology: The Role of the Audiologist after the Fitting

Please note: You may earn ABA Tier 1 credits for this course if you complete it as part of the course 26907, "AudiologyOnline Fall Focus: Pediatrics." Course 26907 contains recordings of all three events from our 2015 Fall series on Pediatrics. ABA Tier 1 CEUs can be earned only when all modules are completed as part of course 26907. 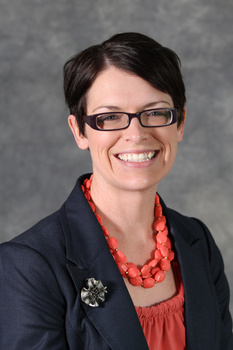 Jessica J. Messersmith is currently an Associate Professor in the Department of Communication Sciences and Disorders at the University of South Dakota (USD).  Her current line of research focuses on clinical practices in the cochlear implant clinic and improving the outcomes of children with cochlear implants through these practices.  She also serves as past president of the South Dakota Speech Language Hearing Association. 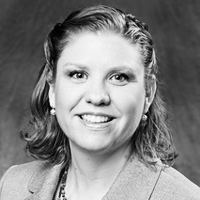 Lindsey Jorgensen is an assistant professor at the University of South Dakota and is a Research Audiologist for the Department of Veterans Affairs in Sioux Falls, SD as well as in Pittsburgh, PA. She is also a clinical supervisor and has a research interest in the interaction between cognition and cognitive changes, hearing loss and hearing assistive technology.

AudiologyOnline is approved by the American Academy of Audiology to offer Academy CEUs for this activity. The program is worth a maximum of 0.15 CEUs. Academy approval of this continuing education activity is based on course content only and does not imply endorsement of course content, specific products, or clinical procedure, or adherence of the event to the Academy's Code of Ethics. Any views that are presented are those of the presenter/CE Provider and not necessarily of the American Academy of Audiology.

AudiologyOnline courses are approved for Continuing Education Points by the Australian College of Audiology. Automatic ACAud Approval Number 20000. This course is offered for 1.5 CEP.

This course is offered for 1.5 hour(s) of CE Credit from the AG Bell Academy for Listening and Spoken Language. For an explanation of content areas, view PDF listing all 9 domains.

This course has been accredited with 1.5 CPD point/s by the British Academy of Audiology.

AudiologyOnline.com is approved by the California Speech-Language Pathology and Audiology Board as a Continuing Professional Development Provider, approval number PDP 267. This course may meet the requirements for 1.5 hours of continuing education credit for audiologists as required by the California Speech-Language Pathology and Audiology and Hearing Aid Dispensers Board. The responsibility for determining whether or not this specific course counts toward an individual's requirements for license renewal is up to the individual. Please refer to the CA state board rules regarding allowable topics and self-study limits: http://www.speechandhearing.ca.gov/licensees/ce_req.shtml

continued, LLC, DBA AudiologyOnline, is accredited by the International Association for Continuing Education and Training (IACET). continued complies with the ANSI/IACET Standard, which is recognized internationally as a standard of excellence in instructional practices. As a result of this accreditation, continued is authorized to issue the IACET CEU. continued, LLC, is authorized by IACET to offer 0.2 CEUs for this program.

This course is offered for 2.0 Continuing Education points through the New Zealand Audiological Society.