Single Sided Deafness and Asymmetric Hearing Loss in Adults and Children, presented in partnership with AAS

Patients with SSD (Single Sided Deafness) can be rehabilitated with conventional CROS or Bi-CROS systems (contralateral routing of signal), bone anchored hearing systems or with a cochlear implant (CI). The indications and results of the different treatments are presented. While the decision for CI surgery in children with acquired SSD is relatively easy due to the good results in adults, CI in children with congenital SSD has been discussed controversially. This course is presented in partnership with American Auditory Society. Note: This course has subtitles (captions). To access captions, click the Menu (three horizontal lines on the player bar) and select "English". 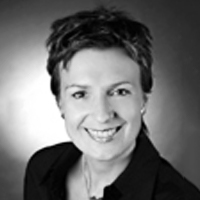 Prof. Dr. med. Susan Arndt is a medical doctor at University Medical Center Freiburg in Germany.  Her current position includes serving as Vice Director, Clinic of Otorhinolaryngology; Head of the Experimental-Clinical Otology section, Head of the Outpatient OP Center, and Deputy Head of the Cochlear Implant Section.  She earned her medical degree at the University of Rostock (Germany) Medical School in 1996.

Sponsor Disclosure: This course is presented by AudiologyOnline in partnership with the American Auditory Society.