The Benefits of Office Integration

This course will introduce some of the latest Audioscan product advancements that facilitate efficient integration of fitting and verification into the workflow and workspace of the modern dispensing practice. Various efficiency and integration features such as wired / wireless networking, data sharing and storage options, Noah4 module, on-top mode, remote operation capabilities and adaptable layout configurations will be illustrated. 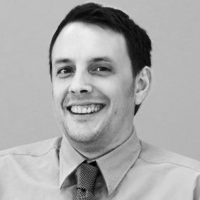 Chris Stokes-Rees is a well-known voice to adherents of Audioscan equipment. After entering the hearing healthcare field in test engineering at Unitron, Chris spent 12 years teaching Audio Applications of Digital Technology at a private vocational school in Ontario, Canada and instructs a course in Hearing Instrument Fitting as part-time faculty at the Conestoga College Hearing Instrument Specialist program. Chris joined Etymonic Design Inc. / Audioscan in 2004 and now specializes in the area of real ear applications support and training and presents regularly on the effective use of probe tube measurement to college/university classes and professional industry groups in the USA and Canada.

Sponsor Disclosure: This Course is presented by Audioscan in partnership with AudiologyOnline.

Content Disclosure: This learning event focuses on Audioscan products and services and will not include info on other products or services.