At the conclusion of this presentation, participants will have an understanding of Theory of Mind (ToM) and how it impacts social-emotional development, in particular for children with hearing loss. Participants will be provided with resources and strategies for the intentional teaching of “mental state” verbs and social emotional skills. 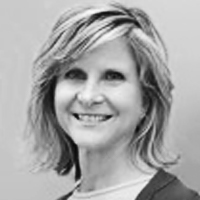 Virgi Mills, M.E.D., a certified Educator in the state of Florida, is also a bilateral MED-EL recipient, serving currently as a Consumer Outreach Manager for MED-EL in the southeast region. In this role, she provides support and outreach services for cochlear implant clinics, audiologists, speech-language pathologists, educators, VR counselors, MED-EL recipients and CI candidates. Previously, Virgi taught students who have hearing loss using listening and spoken language for the School Board of Alachua County, FL and also Duval County Public Schools, FL. Virgi received her Master in Education of the Deaf in the Auditory-Oral tradition from the Smith College/Clarke School program in 2008.

Sponsor Disclosure: This Course is presented by MED-EL in partnership with AudiologyOnline.