On a daily basis, many Audiologists encounter patients who suffer from tinnitus and it’s not uncommon for the Audiologist to be the first healthcare provider the patient sees. Though the Audiologist may not specialize in tinnitus evaluation or treatment, as the initial medical contact it’s important that adequate evaluation of symptoms occurs. An audiometer with an integrated tinnitus test modality expands treatment and evaluation possibilities. These tools can be helpful in counseling and determining the next steps for the patient. 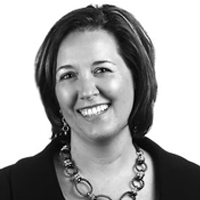 Wendy Switalski, Au.D. is the audiology development manager at Audiology Systems Inc. Prior to joining the company, Dr. Switalski owned a private audiology practice in metro-Detroit and served as a consultant to Otometrics, a leading manufacturer of hearing and balance equipment. She currently provides quarterly audiology care for the South Pacific territory of American Samoa. Dr. Switalski holds a master’s degree in audiology from the University of Northern Colorado, an M.B.A. from Saginaw Valley State University, and a doctor of audiology degreefrom the Pennsylvania College of Optometry School of Audiology.

Content Disclosure: This learning event focuses on Otometrics / Audiology Systems products and services and will not include info on other products or services.