This presentation will discuss data on using acoustic and electric stimulation to suppress chronic tinnitus, and will suggest treatment strategies. This course is presented in partnership with American Auditory Society. 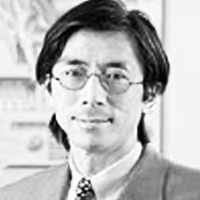 Fan-Gang Zeng is Director of the Center for Hearing Research and Professor of Anatomy and Neurobiology, Biomedical Engineering, Cognitive Sciences and Otolaryngology – Head and Neck Surgery at the University of California Irvine.
More
Presenter Disclosure: Financial: Fan-Gang Zeng is employed by the University of California Irvine. He is the Founder and a shareholder of SoundCure and of Nurotron Biotech Inc. Non-financial: Fan-Gang Zeng has no relevant non-financial relationships to disclose.

Sponsor Disclosure: This course is presented by AudiologyOnline in partnership with the American Auditory Society.