Brian Taylor: The Insio Charge&Go AX is a new, sleek custom in-the-ear design with a reduced faceplate size compared to similarly-sized devices from other leading hearing aid manufacturers. And it is the world’s first custom in-the-ear device with contactless charging.

Split processing is a term used to describe Signia’s proprietary Augmented Focus™ technology. Introduced earlier this year in the Pure Charge&Go T AX, it serves as the backbone of our new Augmented Xperience platform.

Augmented Focus is the world’s first split processing system that processes speech and background noise separately to create for the wearer a clear contrast between the two. In all Signia AX devices, incoming sounds are first split and processed independently of each other and then recombined to deliver outstanding speech clarity in a fully immersive soundscape.

AudiologyOnline: Take us back to the 1990s. What are some of the unique wearer benefits associated with custom devices?

Brian Taylor: First, I think it’s important to distinguish between custom in-the-ear and custom RIC and other behind-the-ear devices. Really, all hearing aids, regardless of style, can be fitted with custom coupling. After all, there are several good reasons to provide wearers with a custom mold for their RIC devices. As a profession, we’ve known for decades that customized coupling – in both in-the-ear and behind-the-ear styles has several wearer benefits. Our aim here is to discuss Insio Charge&Go AX -- a custom in-the-ear solution.

Second, the ability of the hearing care professional to offer customized coupling is an important differentiator in a market where persons with hearing loss can purchase hearing devices online with minimal interaction from a hearing care professional. When over-the-counter devices gear up and they hit the market within the next year or so, the ability to offer custom in-the-ear devices to persons with hearing loss will become even more paramount to the success of clinicians.

When it comes to Insio Charge&Go AX, let’s focus on the unique advantages of a custom in-the-ear device. I can think of four unique advantages, depending of course on the individual needs of the wearer.

One, due to the location of the microphones, wearers can expect slightly better localization ability compared to BTEs. Without getting into the details, improved localization in an in-the-ear device can boost performance in background noise.

Two, for some wearers, in-the-ear devices – because they are one solid piece rather than two pieces connected by a tube or wire – are easier to insert and remove from the ear canal.

Three, a custom in-the-ear device, especially compared to the wildly popular RIC device, which typically uses instant fit ear tips to couple to the wearer’s ears,  can be more comfortable and secure when worn for long periods of time by the wearer.

Four, for individuals who still use a traditional home phone, it can be much easier to simply hold the telephone up to the ear canal in the usual way, rather than trying to re-learn to hold the telephone receiver up above the ear where the microphone of a RIC is located. Further, along those same lines, I have heard reports that smartphones are easier to talk on with a custom in-the-ear device than a RIC BTE device.

Four distinct wearer advantages of custom in-the-ear devices is a fairly long list. Long enough that every hearing care professional ought to have a top-notch custom in-the-ear option for their patients, and Insio Charge&Go AX certainly fits the bill. 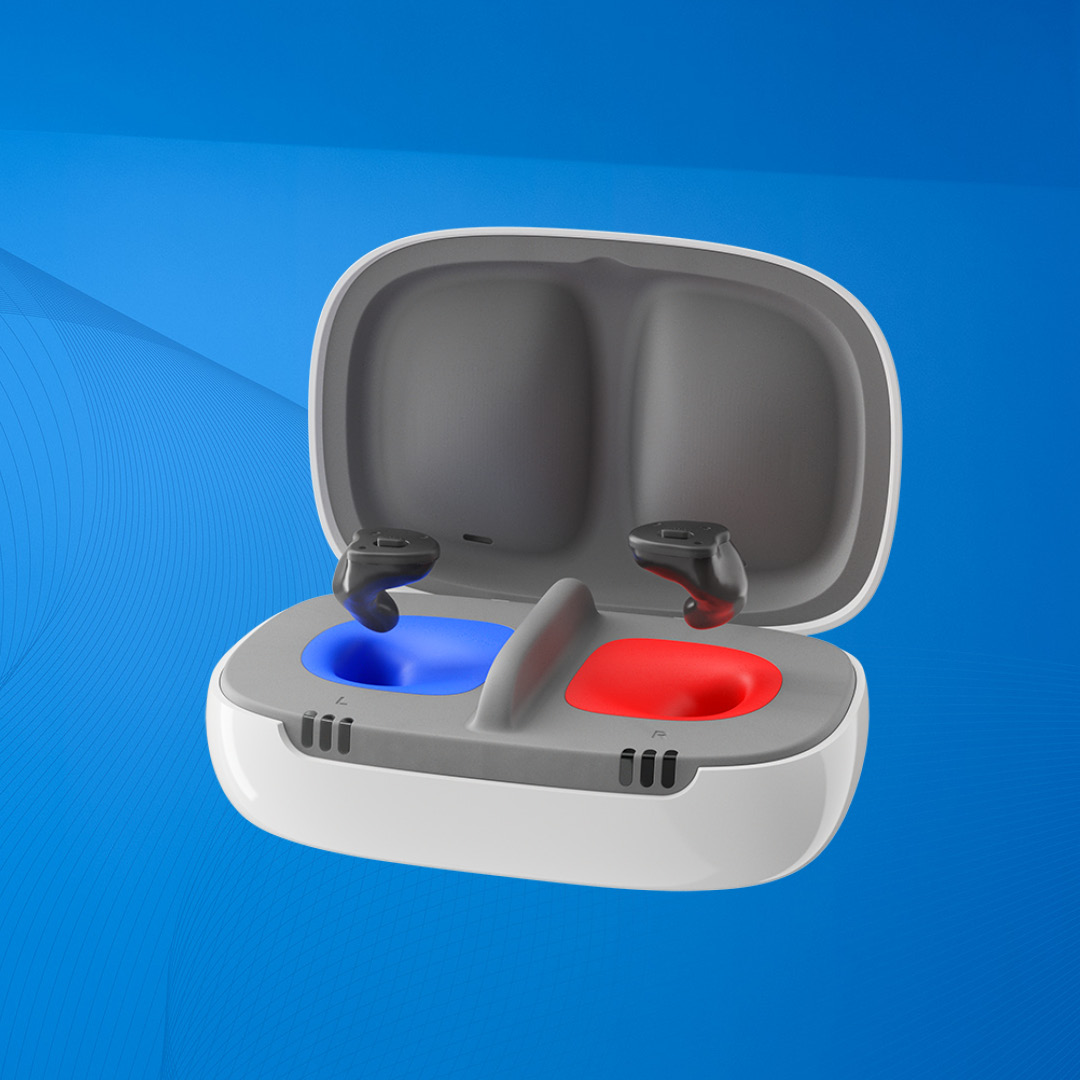 AudiologyOnline: You mentioned something about various styles of in-the-ear devices, could you elaborate on that statement?

Karl Strom at the Hearing Review published a really interesting article earlier this year on the evolution of hearing aid styles over the past 30 years. I encourage readers to check it out here.

Finally, readers need to know Insio Charge&Go AX comes in a half shell or ITC style, depending on the size of the wearer’s ear canal. As most readers know, it is critical to have ample space between the two microphones for them to work effectively. For that reason, you cannot order an Insio Charge&Go AX in an ITC or CIC style.

Brian Taylor: You really need to see it to believe it. Because it is a fully rechargeable device, there is no battery door, an often-unsightly feature in competitors’ custom in-the-ear devices. Replacing the battery door is an easy-to-use push button. The modern-looking push button is positioned right in the center of the faceplate, easily reachable by the patient. Lastly, because some wearers like to open the battery door of their device to remove it from the ear, the Insio Charge&Go AX can be ordered with a discreet removal string.

AudiologyOnline: Let’s get back to what’s inside the Insio Charge&Go AX. What can you tell us about that?

Brian Taylor: There are several features that warrant mentioning. The first bears elaborating on Insio Charge&Go AX is the world’s first custom in-the-ear device with split processing – what we call Augmented Focus. Leveraging two independent processors – one for ‘focus’ sounds like speech of a conversation partner, and one for ‘surrounding’ sounds like background music, ambient laughter, or other extraneous background noise. The two processors capture focus and surrounding sounds independently to create a greater contrast between the two – pulling focus sounds closer and placing surrounding sounds further away.

The benefits of this new technology for hearing aid wearers, regardless of style, are clear. With Augmented Focus, it becomes easier for patients to follow conversations in difficult listening situations – without losing the background sounds that contribute to situational awareness. In fact, research shows that experienced hearing aid wearers reported 25% better speech understanding in noise with AX, compared to their own hearing aids.[1] Additionally, 95% of participants rated their at-home partner’s speech as clear and easy to understand.[2] Recently, the experience of 18 long-time hearing aid wearers using AX devices was compared to a group of similarly aged adults with normal hearing. Results showed that AX wearers reported essentially the same level of benefit in their ability to follow conversations in noise and ignore competing noises as those with normal hearing.[3] Anytime you see aided benefits in challenging listening situations that are similar to those with normal hearing, it captures your attention.

There are also several other audiological feature enhancements in Insio Charge&Go AX. Let me list them for you. One, there is an enhanced feedback cancellation system. Signia has had one of the better automatic feedback cancellers on the market, according to one independent lab [4] and now it is even better. The new e2e 4.0 synchronizes feedback cancellation between the ears in the same phase, removing more artifacts for a smoother overall sound experience.

Two, all Augmented Xperience devices have additional headroom, restoring a wider range of sounds to wearers. The microphones can handle signals up to 117dB with great sound quality. That’s very close to the full capacity of human ears and ensures a clean, crisp signal, for scenarios like concerts or Broadway shows.

Three, faster, more efficient bilateral communication between the two devices. The enhanced e2e 4.0 significantly boosts the speed of data transmission and a 60% reduction in latency provides inaudible shifts between environments. The synchronization of more bilateral audio sharing than ever before ensures clearer speech processing with high precision directional awareness – a huge benefit for anyone wearing a pair of Insio Charge&Go AX devices.

Five, wearers can connect to the Signia App with full functionality, including directional hearing and access to the Signia Assistant -- a LIVE neural network available to assist 24/7 for in-the-moment personalized adjustments.

In short, the Insio Charge&Go AX offers all the unique advantages of a custom in-the-ear solution with all the remarkable innovations of the Augmented Experience (AX) platform.

AudiologyOnline: You mentioned that Insio Charge&Go AX is rechargeable. Tell us more about that.

Brian Taylor: Yes, with its world’s first contactless charging, Insio Charge&Go AX gives the wearer 24 hours of runtime without streaming and a full 20 hours of runtime with five hours of streaming. These numbers should give any wearer supreme confidence that their hearing aids will work an entire busy day without unexpectedly petering out.

Plus, when it is time to recharge Insio Charge&Go AX, the Insio Charger makes it simple, intuitive -- and contactless.

All wearers need to do is remove the device from their ear and place it in the recharging cavity -- no twisting and turning to get in the charging case, like with competitive products.

Contactless charging is a huge breakthrough. Unlike other manufacturers with rechargeable custom in-the-ear devices, there are no shiny, unattractive charging contacts on the outer surface of the faceplate. And, with contactless charging after about four hours in the charger, Insio Charge&Go AX is fully charged and ready to go.

Brian Taylor: Yes, there is one more. Insio Charge&Go AX has a robust design and carries an IP 68 rating, which means the device is deemed suitable for full operation in difficult environments with high levels of humidity and dust. The Signia engineers and design team deserve a lot of credit. They have identified effective ways of sealing the microphones and other openings to make Insio Charge&Go AX as water and dust resistant as Signia’s RICs and BTEs. Even when the wearer takes a walk outside in the rain, or if he or she is sweating excessively from jogging or doing both at the same time, they can be confident that Insio Charge&Go AX will keep right on ticking.

[1] Signia White Paper. Based on transformation of the 1.8 dB SNR improvement using a value of the slope of the psychometric function (Wagener & Brand, 2005).

[2] Signia White Paper. 18/19 participants had a mean rating of speech intelligibility-related questions of more than 8.0 and 9.0, respectively. 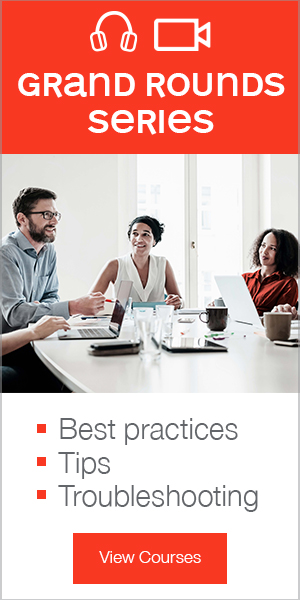 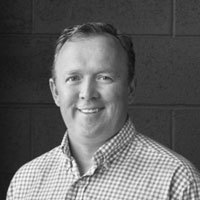 Brian Taylor, AuD, is the senior director of audiology for Signia. He is also the editor of Audiology Practices, a quarterly journal of the Academy of Doctors of Audiology, editor-at-large for Hearing Health and Technology Matters (HHTM) and adjunct professor at the University of Wisconsin. His most recent textbooks, Audiology Practice Management was published in 2019, and the 3rd edition of his Selecting and Fitting Hearing Aids was published in 2020.