AudiologyOnline: What is Phonak’s approach to hearing in noise?

Brandy Heckroodt: The world is a noisy place, and Phonak hearing instruments have been designed to seamlessly adapt to each environment your patients are in. Appropriate adaptations of noise cleaning features, gain models, and microphone modes for each discrete environment are necessary to allow your patients to hear with ease without interacting with their hearing instruments. Phonak has trained its operating system, AutoSense OS, with machine learning to scan the environment 700 times per second in order to determine the environment your patients are in (or if they are streaming a signal) and apply the appropriate settings that allow your patients to perform well in quiet or noise. Beamforming technology is especially important in the presence of noise, and Phonak utilizes different approaches to hearing in noise.

AudiologyOnline: What beamformer technology is seen in Lumity hearing aids?

Brandy Heckroodt: Phonak Lumity utilizes many different beamformer arrays to achieve better speech intelligibility. In a quiet environment, Lumity microphones are in Real Ear Sound (RES); designed to restore the natural directivity pattern of the outer ear. This is combined with the advantage of surround sound while also reducing front/back confusions common with omnidirectional microphones. Real Ear Sound is helpful for conversations in quiet or when speech is coming from behind, whether in noise or in quiet. When noise is introduced, Phonak’s directional microphone technologies are applied.

The benefit of directional microphones have been studied for decades, and have shown to improve signal-to-noise ratio (SNR) which in turn improves speech intelligibility. When noise is introduced into the environment, Phonak Lumity devices will utilize UltraZoom, found in the Speech in Noise program in Target. UltraZoom (UZ) is Phonak’s multi-band monaural adaptive beamformer and is designed to help patients understand in noisy environments. Although the beam is narrow compared to Real Ear Sound, the beam is wide enough to still support a more general perception of the acoustic environment. With a relatively wide beam comes some disadvantages too, as a wider beam will pick up both noise and speech and the monaural system may not be able to separate the noise source from the target speech signal.

The performance of a beamformer can be significantly improved by increasing the number of microphones that are used to create the beam, allowing the formation of an even narrower beam. Phonak utilizes a binaural beamforming system, using all four microphones in a binaural fitting with full audio sharing between the devices in order to create a narrow beam of directionality. This is seen with StereoZoom, released in Quest products in 2012. StereoZoom was then improved in 2014 with Venture products when it combined the binaural beamformed with an adaptive null.

AudiologyOnline: What are the benefits of a binaural beamformer?

Brandy Heckroodt: A number of studies have demonstrated better speech intelligibility with SZ compared to other beamforming technologies in Phonak devices and competitor devices. The benefits of SZ have also been found in interesting areas outside of these traditional speech intelligibility measures, such as listening and memory effort. Winneke et al., concluded that a narrow and focused directional microphone allows for a more efficient neurocognitive processing than a wide directional microphone. Schulte et al., found a significant increase in the amount of social interaction when using SZ.

AudiologyOnline: But what if the patient isn’t looking at who’s speaking?

Brandy Heckroodt: Great point! According to Walden et al., 80% of speech comes from the front, but what about that other 20% of the time? That’s where SpeechSensor kicks in. SpeechSensor detects where the dominant speech is located and AutoSense OS adjusts directionality. If speech is coming from the side, the hearing instruments will move into a fixed directional pattern, and if speech is coming from behind, the hearing instruments will adopt a RES pattern.

AudiologyOnline: What other features or tools are available for HCPs and patients to help in noisy environments?

AudiologyOnline: Where can readers go for more help?

Brandy Heckroodt: As always, check here at AudiologyOnline for courses relevant to Lumity and hearing in noise in general, reach out to your local Phonak representative, or click here for more information. 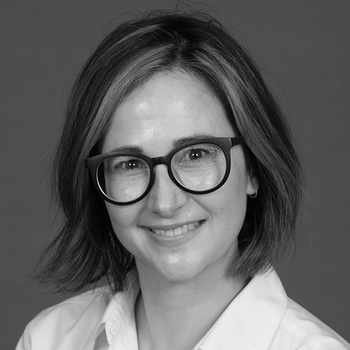 Brandy Heckroodt, AuD is an Audiology Manager for Phonak US. She earned her Doctor of Audiology degree from Nova Southeastern University and practiced privately until she joined Phonak in 2012 as a Lyric Clinical Trainer. Dr. Heckroodt is passionate about supporting HCPs and their patients live a life without limitations.