How Split Processing Changes the Way Patients Hear in Noise

AudiologyOnline: Signia was recently selected as an honoree in the Consumer Electronics Show 2022 Innovation Awards for its new Augmented Xperience hearing aid platform. Tell us what it is.

Brian Taylor, AuD: Augmented Xperience is a new way for wearers to enjoy a more natural sound experience, specifically to understand speech in noisy environments. It includes Signia’s patented Augmented Focus™ technology, which is a split-processing technology that enhances speech and sounds that are significant to the wearer while de-emphasizing background noise. Instead of a single digital signal processor working on all incoming sound, Augmented Focus uses two.

AudiologyOnline: What was the situation before split processing and what were the limitations?

Brian Taylor, AuD: Hearing aid manufacturers, including Signia, have tried many ways to improve hearing in noisy conditions. We’ve incorporated bilaterally coordinated directional microphones, which rely on the spatial separation of sounds of interest from extraneous noise, and we applied several types of digital noise reduction and other features to help wearers understand speech when there’s a lot of background noise. Many of those technologies work well and continue to work today, but they have their limitations when it comes to processing speech in the presence of noise, especially in cocktail party-like situations where there are many talkers of potential interest. Most notably, for these features I just mentioned, all the incoming sound is processed and amplified or attenuated the same way.

AudiologyOnline: How does split processing work?

Brian Taylor, AuD: Signia Augmented Xperience hearing aids that include Augmented Focus have two dedicated processors. Sound coming into the hearing aid is split into two distinct audio streams—one arriving primarily from the front of the wearer and the other arriving primarily from the back. Then each stream goes into its own processor for analysis and processing before being recombined into a single, augmented stream the wearer can hear. 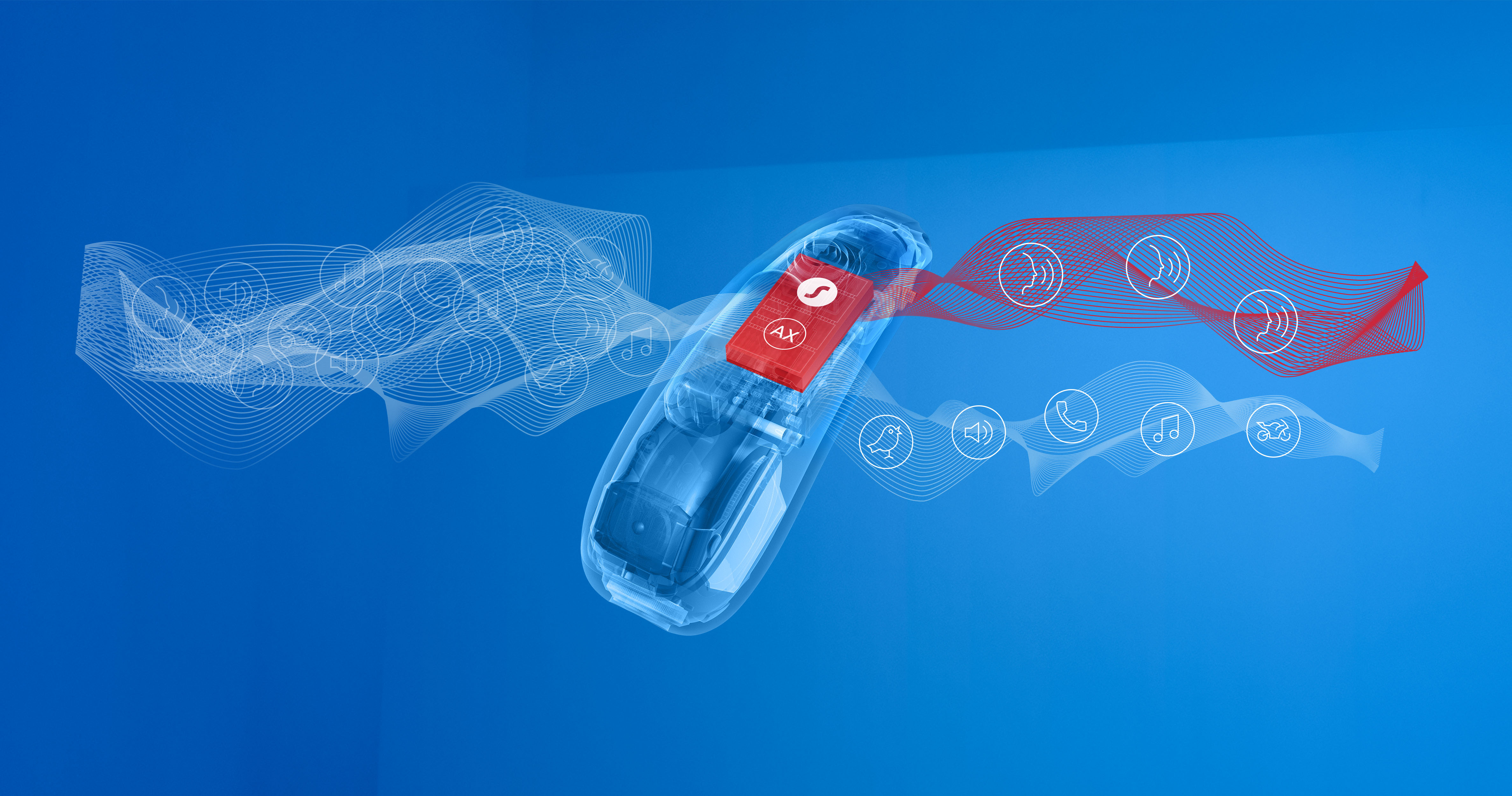 Each processor breaks incoming sound into 48 channels, meaning it can get very detailed in its analysis. Like all modern hearing aids, the Augmented Focus processors examine an input signal’s amplitude modulation to gauge what it is and how to handle it. Slow modulation sounds are commonly unwanted background noise, like the hum of a fan. Augmented Focus suppresses that. Fast, strongly modulated background sounds, like a waiter dropping dishes, are transient but distracting. Augmented Focus attenuates those, too.

What makes Augmented Focus unique and unlike other types of signal processing found in competitors’ devices is that the processing I described above happens in two different streams. That is, Augmented Focus determines what incoming sounds are in the focus stream – sounds the wearer wants to hear -- and processes them separately compared to other incoming sounds that are in the surround stream, which is typically unwanted background noise.

AudiologyOnline: But don’t they want to hear some background noise?

Brian Taylor, AuD: Absolutely. Background noise contributes to situational awareness, emotional engagement, and a total sound experience. And Augmented Focus doesn’t eliminate background noise. After identifying it—and much of normal background noise, like in a restaurant, is similar to speech in its spectral modulations—the split processors basically create a clearer contrast with the speech sound. The background stream is still enhanced for excellent sound quality, even as certain sounds are turned down or minimally amplified. That way the wearer can still hear other diners in a restaurant, for example, but that specific background sound is de-emphasized.

In contrast, the speech stream is made clearer, crisper, and more prominent. As a result, the speech is perceived by the wearer as nearer and easier to understand.

AudiologyOnline: Are there other benefits to split processing?

Brian Taylor, AuD: There definitely are. All other hearing aids process sound in a serial fashion. That is, signal compression, noise reduction, etc., are performed in a series, one after the other. When incoming sounds are processed in a serial fashion, features like compression and noise reduction can sometimes work against each other, which can create noise artifacts that degrade sound quality and often are noticeable to the wearer. With two processors working in parallel, we can eliminate these artifacts and actually create a cleaner, more natural sound, whether it’s speech or background noise.

AudiologyOnline: You mentioned Augmented Xperience is a platform and Augmented Focus a technology. How are the two related?

The strength of Augmented Focus split processing is its ability improve speech intelligibility in noise. Hearing your dinner companion in a noisy restaurant is a great example. But the bigger challenge is achieving better speech intelligibility in noise under a variety of circumstances. If all we were doing was making dining out more enjoyable, it would be very limited.

So, as Augmented Focus processes speech and background noise along parallel paths then recombines them, it also takes into account other information from the Augmented Xperience platform of technologies. For example, the platform knows if the wearer is speaking thanks to patented Own Voice Processing (OVP™) technology, or if the wearer is out for a walk, as detected by the platform’s acoustic-motion sensors. This information is fed into the final Augmented Focus “mix” to improve hearing and speech intelligibility wherever the person is. In certain situations, hearing aid wearers can even understand speech better than people with normal hearing.1

AudiologyOnline: The analogy of a sound “mix” is interesting.

Brian Taylor, AuD: It is. Think of split processing this way: when you watch a movie, the film’s audio has been mixed so you’re able to focus on what’s important. When sound engineers want your attention on the actors’ dialogue, they’ll add more contrast to the speech track, so it stands out more from background noise. Now with split processing, hearing aids can achieve the same effect for people with hearing loss.

AudiologyOnline: What have the results been? Does split processing really help?

Brian Taylor, AuD: It works very well. Just in our own surveys, patients describe 25 percent greater speech understanding in noise when they use hearing aids with Augmented Focus. Nearly 100 percent of participants reported exceptional speech understanding in their home environment, which is a great sign that the technology can adapt well to various settings.2

Recently, some of our scientists used an auditory phenomenon called mismatch negativity to determine the benefits of split processing. Mismatch negativity is a measurement of a certain type of brain signal the auditory system sends when it detects an unexpected sound. In this case it was used to evaluate if hearing aid wearers could actually pick up and track speech in noise. Indeed, the study showed Augmented Focus increased the contrast between sounds and enhanced listeners’ ability to discern speech. It’s rare to see objective measures of brain activity that are enhanced by hearing aid processing, but this study demonstrated it and that is impressive.

AudiologyOnline: And we read that the Insio Charge&Go AX will also be honored by the Consumer Electronics Show 2022 Innovation Awards. How is it a good example of Augmented Focus in action?

Brian Taylor, AuD: Thanks for asking. Yes, the Augmented Xperience platform is being recognized by CES in the category of accessibility technology. Insio Charge&Go AX is being honored for its innovation among wearable devices. It’s the first custom, rechargeable hearing aid with contactless charging, Bluetooth, and direct streaming from Apple and Android devices. Taken together with AX and Augmented Focus, our engineers have tried to create a hearing aid experience created that ensures comfortable, prolonged use.

As an in-the-ear hearing aid, the Insio Charge&Go AX resembles many of today’s consumer earbuds—wearable devices created to enhance lives. While yes, wearers can stream music and take phone calls through their Insio Charge&Go AX hearing aids like they would with other wearables, it’s the split-processing of Augmented Focus really gives them the freedom to engage naturally, effortlessly, and confidently wherever they happen to be. 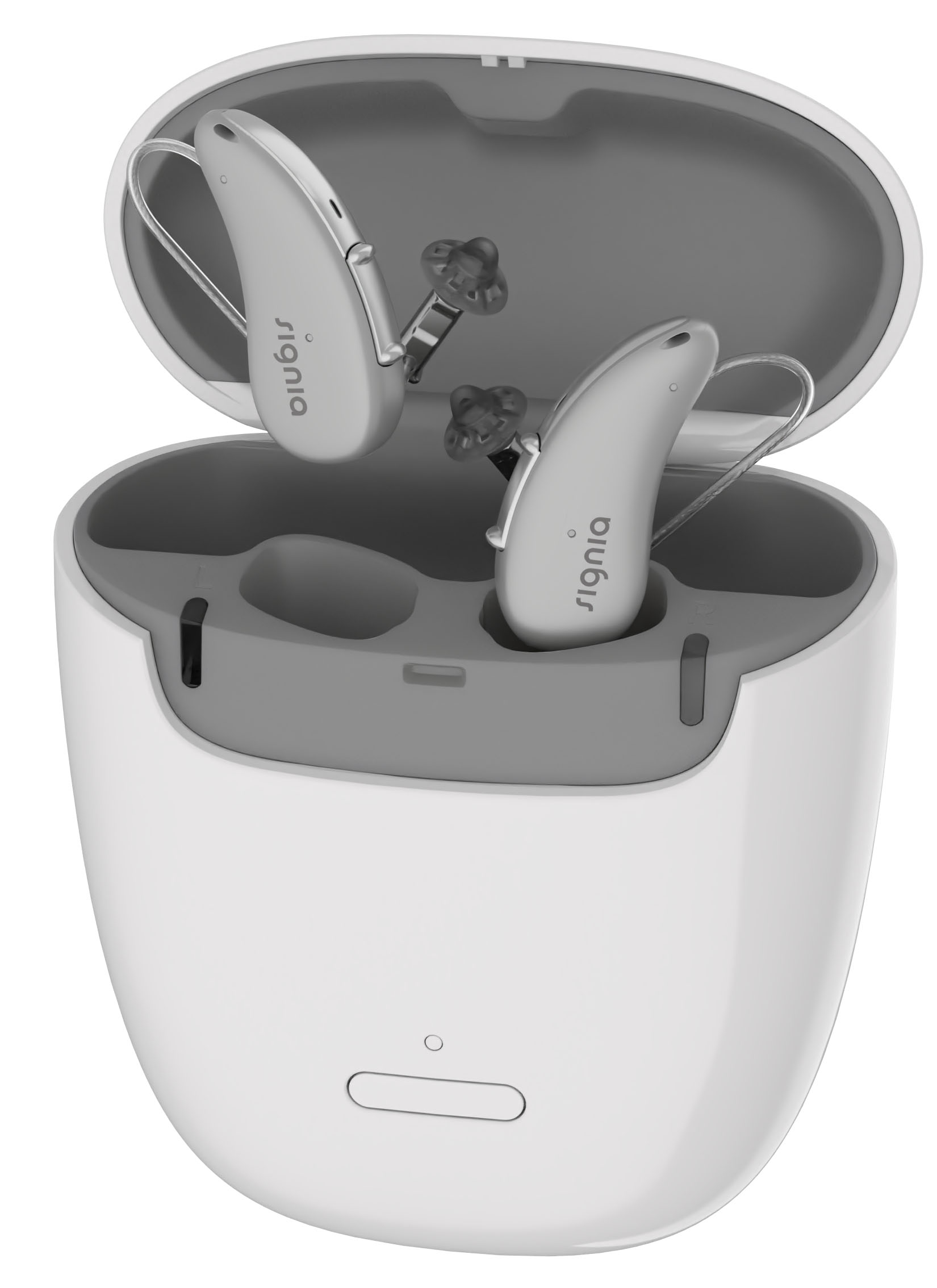 Brian Taylor, AuD, is the Senior Director of Audiology at Signia. He is also the editor of Audiology Practices, a quarterly journal of the Academy of Doctors of Audiology and editor-at-large for Hearing Health and Technology Matters, a leading industry blog. Dr. Taylor has authored several peer reviewed articles and textbooks and is a highly sought out lecturer. Brian has nearly 30 years of experience as both a clinician, business manager and university instructor. His most recent textbook, Audiology Practice Management was published in 2019.