Keep Your Ears Open When it Comes to Buying Toys 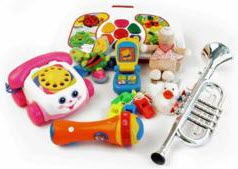 Stäfa, Switzerland (PRWEB) November 30, 2011 - The holidays are just around the corner, and with that comes the annual hunt for the perfect children's gift. Audible toys which reproduce speech, noises, sounds and tunes are particularly popular amongst children. What people may not know is that some of these toys reach volumes that could potentially cause permanent damage to children's hearing. This is the purpose behind a collaboration with Hear the World and Aalen University in Germany to conduct a thorough examination on a selection of 28 popular children's toys available in five different countries. The result: many of the toys tested are harmless - but there are still a few rogue items among them which produce record volumes of around 130 decibels. This is the same noise level produced by a jet taking off at low distance and, which can cause irreparable hearing damage in a very short time.

The measurements were carried out in an anechoic room belonging to the hearing instrument manufacturer Phonak and were conducted by Annette Limberger, Professor of Audiology at Aalen University in Germany. Each toy was tested at distances of 2.5 cm and 50 cm from the sound level measuring device, five times at each distance, which identified the sound intensity close to and away from the ear*. The tested toys included music boxes, toy cars, action figures, children's cell phones and microphones, squeaking ducks, educational games, tools, rattles and toy musical instruments.

What volumes are safe for children? At what level do noises become harmful to hearing? "If we assume that, on average, children play with a toy for half an hour at a time, volumes above 95 decibels can be classified as potentially harmful. After all, this corresponds to a noise level on a par with a train going by. From 100 decibels upward, noises are reaching a critical level, which in individual cases could lead to hearing loss caused by impulse noise," explains Prof. Annette Limberger.

The tests revealed that five of the six U.S. toys landed on the Top 10 list of loudest toys tested. However, only two of those toys reached over the potentially harmful 95 decibel level including the front runner n air horn with a maximum volume of 132.5 decibels at 2.5 cm and a learning letters mailbox at 105.3 decibels at 2.5 cm. (Note: the learning letter mailbox was only over the 95 decibels levels during the peak value test at 2.5 cm.) "At these kinds of noise levels, there is definitely a risk of irreparable hearing damage. There are other toys which reach similar volumes, although you would never suspect it. "In the past, for example, we have tested squeaking ducks that reached volumes of up to 130 decibels and toy whistles that produced up to 126 decibels," says Prof. Limberger.

Do children have more sensitive ears?

According to Prof. Limberger, there is no evidence to suggest that children's ears are, anatomically speaking, any more sensitive to noise than adults' ears. Young children, for example, can tune out noise very well, enabling them to sleep in noisy surroundings. However, there is no natural protective mechanism that is triggered for noise at high volumes. Children are unable to sense that a sound source could be harmful to their hearing and therefore do not instinctively move out of its range. This makes it all the more important to protect small children from noise.

There is another phenomenon that Prof. Limberger is encountering more and more: "One of the problems with loud toys is that children are getting used to high noise levels from an early age. In my view, this not only means that they are likely to be more careless in dealing with noise exposure from MP3 players or nightclubs later on, but it can also lead to changes in their psychosocial behavior. These children can barely tolerate being in quiet environments, for example, or often suffer from attention deficit disorders."

What parents should bear in mind

Prof. Annette Limberger has compiled some useful tips for parents:

Parents rarely give their children very loud toys because they are directly affected by the noise themselves. It is worth drawing attention to this issue with grandparents, relatives and friends, as they may not think about the hearing risks involved with giving loud toys.

Many toys can be tested in-store by pressing a demo button accessible through the packaging. Your own noise perception is a good indicator of the sound levels produced by these toys.
*All measurements were carried out using weighting filter A in compliance with IEC standard 651, as this corresponds to actual hearing perception. The highest decibel level * was recorded for toys with short impulse noises, while those making continuous noises produced a moderate level.

About Hear the World

Hear the World is a global initiative, launched in 2006, by leading hearing instrument manufacturer Phonak created to raise awareness about the importance of hearing. The initiative calls attention to the social and emotional impact of hearing loss and addresses prevention of and solutions to a problem that affects more than 16% of the world's population. Bryan Adams, Annie Lennox, Lenny Kravitz, Plácido Domingo and other renowned personalities support the Hear the World initiative as ambassadors. In the context of the Hear the World initiative, Phonak has established the non-profit Hear the World Foundation to improve the quality of life of people with hearing loss through financial and technical assistance. The foundation is committed to the prevention of hearing loss as well as the support of people with hearing loss and their families. Become a fan of the initiative on Facebook at http://www.Facebook.com/CanYouHearTheWorld or follow the Twitter channel at http://www.Twitter.com/Hear_The_World.

For more information about Hear the World, visit http://www.hear-the-world.com/ 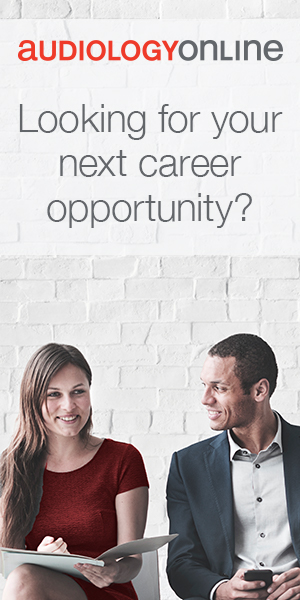