To celebrate World Hearing Day 2021, GN Hearing is hosting a virtual concert to bring the hearing loss community together. Hosted by GN Hearing’s CEO, Gitte Aabo, the concert will feature a set performance by UK singer-songwriter and ReSound ONE user, Sivu.

Sivu will perform songs from his two albums, which feature his alternative pop melodies on his acoustic guitar and piano. Sivu has previously performed on British radio, supporting UK band, Bombay Bicycle Club on tour and at one of the largest music festivals in the world, Glastonbury.

In 2013, Sivu was diagnosed with Meniere’s Disease which resulted in hearing loss and because of this he has not released music since 2017. Now, thanks to ReSound ONE Sivu is in a position to release a third album later this year; the focus of which will center around the new hope that Sivu has from his improved hearing.

To attend the event please click through to the event page and access the calendar marker for the concert: http://www.resound-world-hearing-day-virtual-concert.com/

Throughout the event, please use #worldhearingday for any concert related social media posts and be sure to check out ReSound’s social channels on Twitter, Facebook and LinkedIn for further updates. 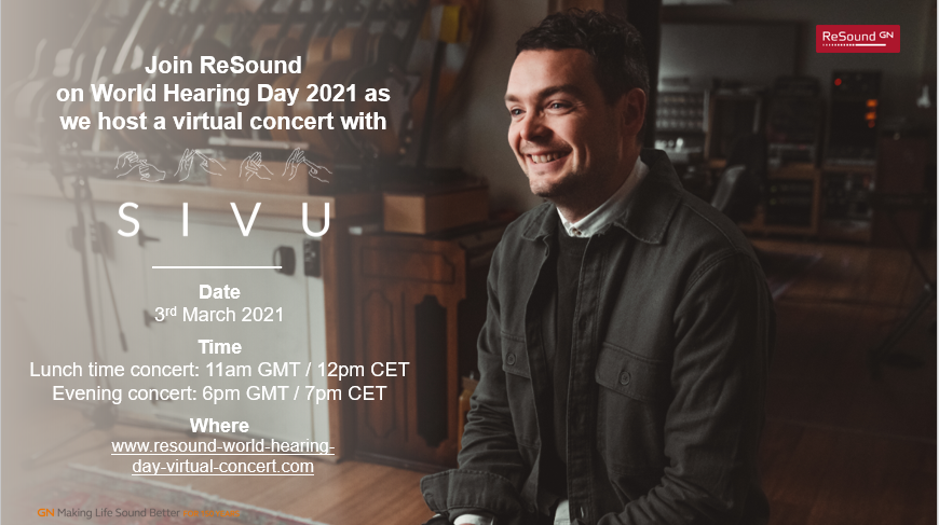