Share:
Print
This article is sponsored by Cochlear Americas.

Cochlear implants are increasingly the "technology of choice" for children and adults with severe-to-profound hearing loss who do not derive significant benefit from hearing aids. Unlike hearing aids, which deliver amplified sound to the ears, cochlear implants bypass the damaged hair cells of the inner ear and send electrical signals directly to the auditory nerve. The auditory nerve relays auditory information to the brain.

Cochlear implants provide valuable access to spoken language and environmental sounds. Over the past ten years, cochlear implant systems have dramatically improved to the point where most recipients are able to understand speech without lipreading. In 2001, the average Nucleus 24 Contour adult user scored 90 percent correct on tests of sentence discrimination in quiet settings.

Covered by health insurance since the early 1980s, cochlear implant surgeries in the United States are currently increasing by 25 to 30% each year. Nonetheless, there is considerable room for growth. The estimated 23,000 cochlear implants users in the USA still comprise only a small proportion of the probable 500,000 potential candidates for the procedure. Expanding candidacy guidelines have increased the number of severely to profoundly hearing impaired people who may qualify for surgery.

Universal newborn hearing screening has meant that most babies with hearing loss are now being identified prior to leaving the hospital. In some locales, babies with hearing loss are being amplified within the first few months of life. Consider, that in 2001, fifty percent of all cochlear implant surgeries in the USA involved children under 18 years of age. Eight years ago, children under 18 years of age represented about 20 percent of the patients implanted annually.

It is increasingly common for infants to receive cochlear implants at 12 months of age. Children who do not derive significant benefit from hearing aids after six months are often considered cochlear implant candidates. Children identified early with severe-to-profound hearing impairment who do receive a timely cochlear implant and appropriate follow-up services are increasingly entering first grade with language skills comparable to their normal hearing peers. What an extraordinary change from only ten years ago!

Increasing awareness of the technology and its impact on the lives of recipients is generating public and governmental interest in cochlear implants and hearing health issues. Evidence supporting the economic, educational, employment and social outcomes of cochlear implantation is clear, compelling and plentiful.

Many smaller and medium-sized centers are being forced to limit the numbers of patients they serve, due to insurance coverage and reimbursement issues. Worse, some centers are being forced to get out of the cochlear implant business, because their hospitals are no longer willing to take financial losses resulting from poor payment by public and private insurance plans. A number of implant centers have recently been threatened with closure, yet they continue to struggle to remain open to provide access to families seeking their services.

Insurance payers are defined as public (Medicare or Medicaid) or commercial (commercial health insurance plans). Although only about 25% of all Americans with health insurance are covered by public plans, these plans exert considerable influence over coverage and payment for health services in general. Commercial payers often follow public plan guidelines for deciding what is covered and how the amount of payment is determined.

Medicare is the federal health plan for disabled citizens and those over 65 years of age. Medicaid is a jointly funded federal-state health program for citizens who meet income guidelines and have special or chronic health care needs. At present, over 50% of those covered by Medicaid are children.

Although reimbursement for cochlear implants varies tremendously across private and public plans, an increasing number of centers have noted difficulties with Medicaid payment schedules in particular.

A survey of Medicaid payments was conducted in late 2000 by Cochlear Corporation to determine the level of payment in different states and to assess the extent to which Medicaid reimbursement levels may be preventing access to cochlear implants for children of families with limit income. Survey data was collected from Medicaid agencies and their fiscal agents, Medicaid websites, and cochlear implant programs.

There were important differences between states and also between inpatient and outpatient payment levels. In general, inpatient payment levels (expressed as a percentage) were lower than those for outpatient procedures. Nonetheless, even for an inpatient procedure, only 13 states had Medicaid programs which fully covered the cost of cochlear implants for children. Eighteen states reimbursed less than 80% of the cost of the device and procedure, meaning hospitals lost at least $10,000 each time a cochlear implant procedure was performed for a Medicaid patient.

In late October, the Alexander Graham Bell Association for the Deaf and Hard of Hearing (AG Bell), in collaboration with cochlear implant manufacturers (Cochlear Corporation and Advanced Bionics) launched a campaign to improve Medicaid coverage for cochlear implants in children. A training seminar was held for AG Bell Chapters designed to provide local leaders with the knowledge and skills to approach Medicaid agencies and state legislators about this serious problem.

Other consumer and professional organizations are urged to collaboratively join the effort. Without greater attention to this problem and a major change in insurance practices, access to cochlear implants will be increasingly difficult for children of limited income. Further, unless the trend is reversed, the problem in public insurance could have greater impacts on private insurance reimbursement in the future cutting off access to all except those who can afford to pay out-of-pocket.

Donna L. Sorkin is Vice President, Consumer Affairs at Cochlear Americas. She previously served as the Executive Director of the two major consumer organizations in the field of hearing health-the Alexander Graham Bell Association for the Deaf and Hard of Hearing and Self Help for Hard of Hearing People. She has been a Nucleus 22 cochlear implant user since 1992.

John McClanahan is Director of Reimbursement for Cochlear Americas where he has headed reimbursement programs since 1997. He has over 15 years of experience in the health insurance field. 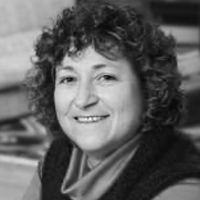 The Role of Product Innovation in Maximizing Patient Outcomes

5 91
91 Reviews
AAA/0.1 Introductory; ACAud/1.0; ASHA/0.1 Introductory, Professional; BAA/1.0; CAA/1.0; IACET/0.1; IHS/1.0; Kansas, LTS-S0035/1.0; NZAS/1.0; SAC/1.0
View CEUs/Hours Offered
This course introduces clinicians to our cochlear implant sound processor portfolio, highlighting the features and benefits that empower patients to partner with clinicians for care where and when the need arises. Learn about the role that our product innovation plays in driving performance outcomes and satisfaction.
Course Details
5 https://www.audiologyonline.com/audiology-ceus/course/programming-cochlear-nucleus-7-sound-35925 Programming the Cochlear™ Nucleus® 7 Sound Processor for Nucleus® 22 Implant Recipients Patients implanted with the Nucleus® 22 cochlear implant can now benefit from all the innovation available in the Cochlear™ Nucleus® 7 Sound Processor! This course will refresh your legacy programming skills to support Cochlear’s earliest implant recipients when they upgrade to improved sound quality and the ability to stream directly from compatible iPhone and Android devices. auditory, textual, visual