Derebery: Hi Doug, good to speak with you too.

AO/Beck: For the readers who may not be familiar with you, I'd like to state that you're an otologist at the House Ear Clinic group in Los AngelesLA for 15 years and that the main focus of your practice is otologic allergy - did I get that right?

AO/Beck: Before we get to the issues relating to autoimmune inner ear disease, can you please tell me, what is the most common otologic diagnosis you deal with in your day-to-day practice of treating otologic patients for allergic signs and symptoms?

AO/Beck: That really is amazing. What about the next most common diagnosis category of patients you see for allergic symptoms?

Derebery: The next most common would be chronic serous otitis media. Ast a conservative estimate, at least 35% of the patients with chronic serous otitis media have allergies as the underlying cause. In fact, as children mature and reach puberty, and have resulting maturation of their Eustachian tubes, the incidence of ongoing allergy causing continual problems actually becomes much higher.

AO/Beck: The number of otologic patients with allergic signs and symptoms really are higher than I would've thought. One question that I've been asking a lot lately has to do with the vastly increased number of patients over the last decade or two with asthma. Any thoughts on why the numbers have skyrocketed?

Derebery: There is no one single theory which everyone accepts or has been proven to be true. The best guess is that the answer is multifactorial and it probably has something to do with air quality and air pollution. However, if you look at studies from countries with clean air, such as Iceland, they too, have an increase in asthma.

So there is probably more to it than simply blaming it on air pollution. Some researchers blame it on westernization, which can mean many things, such as dietary issues, spending more time indoors in more energy efficient buildings (which can actually result in a higher exposure to recirculated dust mite and mold spores), or even our tendency to wash bedding in cold water to conserve energy, which actually allows the dust mite to survive the wash cycle quite nicely. It has been questioned that asthma may be increasing because children are getting vaccinated. That is -- , the assumption is that the immune system wants to, and is designed to be busy. However, if the child is immunized and doesn't develop common childhood illnesses, the immune system has little to do, and thus we may have a higher incidence of autoimmune reactions, including asthma or allergy. Some theorize that perhaps asthma is a reaction to the overuse of antibiotics, with a subsequent allergic reaction to the mold from which many antibiotics are derived. Again, In other words, there are a lot of theories, but nobody really knows. Again, I believe there are probably several factors, and none of the theories mentioned (above) has been proven to be the root cause of this increase in the prevalence of asthma in children.

AO/Beck: Very good. That can actually serve as a great segue for our discussion on autoimmune inner ear disease (AIED). Please tell me, what are the most common signs and symptoms for patients with AIED?

Derebery: The most common presentation trait includes a significant sensorineural hearing loss that occurs over a period of weeks to months. We all know that the most common causes of sensorineural hearing loss are presbycusis and noise exposure, but these are generally gradual losses over many years. AIED progresses much more rapidly with a significant decrease in hearing loss over a short period of time. While the criteria will vary, one that's usually quoted will include a decrease in at least two consecutive frequencies of at least ten dB, or of fifteen dB decrease atin a single frequency, or a decrease in speech discrimination of 12% or more, all occurring over a period of three months or less.

Derebery: AIED usually presents bilaterally or becomes bilateral, assuming you track it long enough. When it does present as a unilateral symptom, in our own series we have found that there is typically a difference of about five years between the presentation of symptoms in the first ear and the time the second ear develops symptoms.

AO/Beck: What other signs and symptoms might accompany AIED?

Derebery: Some patients also have dizziness or true vertigo. A very common presentation would be a Meniere's-like picture, where the sensorineural hearing loss just progresses downward at a very rapid rate, rather than fluctuating as it typically will in Meniere's..

AO/Beck: So the diagnostic clue is that AIED looks very much like Meniere's, but the symptoms occur very quickly and without the fluctuating hearing loss?

Derebery: Yes, that would be a reasonably good way to characterize it, at least in those patients who present with a Meniere's-like profile. type of picture. Remember that not all patients do present with labyrinthine symptoms.

AO/Beck: Is there a test which actually pinpoints the diagnosis, or is diagnosis it more based on clinical presentation and history?

Derebery: The diagnosis of AIED is ultimately made by the clinical signs and symptoms of a rapidly progressive sensorineural hearing loss. There is a laboratory test, for antibodies against proteins in the cochlea. The test is called a Western Blot for heat shock protein-68, and it has a fairly good sensitivity, although less than 100%. It is useful in that a positive (abnormal) response on this test does correlate well with whether or not a patient may respond to steroids. In any patient with presumed AIED, it is essential to rule out other possible causes of progressive sensorineural hearing loss, such as an acoustic neuroma, neurosyphilis, Meniere's disease that is just fluctuating rather than rapidly progressing, as well as some metabolic conditions.

AO/Beck: Are there other systemic or global presentations of AIED that may accompany the Meniere's like symptoms?

Derebery: About 20 percent of the patients have other autoimmune disease, such as Lupus or rheumatoid arthritis.

AO/Beck: With Meniere's, I think of that as burning out after about 15 or 20 years and then the hearing loss stabilizes and the symptoms subside. Is there any plateau or burn out point for the AIED patient?

Derebery: It's hard to answer that because AIED was only first described in 1979, so we don't have a lengthy history on a large series of patients. We know that for lots of patients with high dose long term steroids as their treatment, they may improve or stabilize with regards to their hearing. The main stay of treatment at this time is high dose long term steroids, and that may go on for 4 to 5 months. At the House group, we're involved with the NIH study for other medications like Methotrexate, and we also have other patients not involved in the specific clinical trial on whom we are using immune-modifying drugs such as Enbrel, or Imuran.

AO/Beck: Dr. Derebery, does anyone have a large enough sample of patients from which they have established a control and an experimental group and then drawn the conclusion that long term high dose steroid treatment actually impacts the long term outcome of the treated patients?

Derebery: Yes, that information is out there and the statistics seem to support the conclusion that steroid treatment is effective and indeed that is the standard treatment at this time. I should qualify that and say that the studies I've seen did not use a placebo or a control group, but they did show improvement with steroid treatment.

AO/Beck: What percentage of the patients with AIED actually progress to profound hearing loss?

Derebery: In the House Ear Clinic series, we found that about 6 percent of the patients progressed to the point of a profound loss. Of course at that point, the only option for hearing is the cochlear implant. Fortunately, those patients I have seen with AIED who did receive a cCochlear implant have done extremely well with it.

AO/Beck: Thanks so much for your time and expertise. I appreciate your help and guidance on AIED and I wish you all the best.

Derebery: Thanks Doug, it's nice to catch up with you after all these years. My best to you and Audiology Online too. 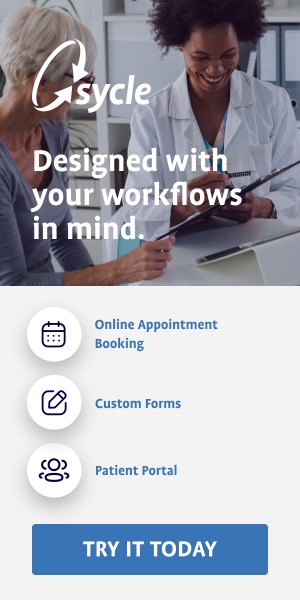