Beck: Good morning Tom. Thanks for meeting with me today.

Powers: Hi Doug. Nice to be with you again.

Beck: Tom, this is a very special event and I've been looking forward to speaking with you about this. To my knowledge, Siemens is the first hearing instrument manufacturer to actually produce a true "binaural" hearing instrument system. In other words, for the last 100 years or so, when we've fit both ears, we've considered that to be a "binaural" fitting. However, those fittings are essentially two monaural fittings on one patient, as the hearing instruments didn't communicate with each other?

Powers: Yes Doug. That's a great starting point....What we've historically called "binaural" fittings have really been "bilateral" fittings. ACURIS is the first commercially available product in which two hearing instruments, fit on both ears, actually communicate with each other to maximize the acoustic information delivered to the patient.

Beck: Tom, let's break this down a little. "e2e" and ACURIS are really two issues, aren't they?

Powers: Yes, that's right. e2e means "ear-to-ear" and that is the electromagnetic communication system the instruments use to communicate with each other. ACURIS is actually the new premium digital hearing instrument line we're introducing, and it has the e2e technology built into it.

Beck: Please tell me about ACURIS?

Powers: ACURIS has all of the advanced sophistication and technology that digital technology can offer. Available in all models from Micro-CICs to Power BTEs, ACURIS features advanced sound processing features such as High Speed Feedback Cancellation, which uses phase cancellation without impacting gain. ACURIS has Multi-Dimensional Directional Optimization, which allows for independent attenuation of up to four different, stationary or moving, noise sources simultaneously. ACURIS also has Digital Speech and Noise Management, so the hearing instrument itself is loaded with premium features. As you know Doug, some people like to turn off automatic functions, and that is possible with ACURIS too -- they can be manually controlled, if desired. So the patient can control the volume and programs if they choose to. However, if used together via the e2e technology, adjusting the VC on one instrument will control the VC on both, and the same is true for the program button, one control can manage both instruments.

Powers: e2e is the wireless hearing instrument-to-hearing instrument communication system built into the ACURIS product line. So let me start by saying that ACURIS can be used in isolation as a monaural fitting, or as a true binaural fitting. In other words, the fact that ACURIS products have the e2e wireless technology included in them, doesn't mean you have to use it. The product can be used for monaural fittings too, and in that case, it would act independently. As an ear-to-ear system though, it is amazing. The wireless functionality allows the hearing instruments to share information and adjust themselves continuously and automatically.

Beck: This is really amazing Tom. What types of information do the hearing instruments communicate to each other?

Powers: ACURIS instruments with e2e seek and share information such as; omni versus directional requirements for maximal speech perception, and importantly, when the instruments work together, they synchronize their speech and noise management algorithms, to better deliver speech sounds while minimizing disturbing background noises.

Beck: What specific benefits are apparent via the e2e system to the patients?

Powers: For people with dexterity issues, the manual controls on either instrument can be set to control the settings for both instruments. And so for the patient to adjust ACURIS with e2e potentially requires only half the effort involved to adjust traditional bilateral fittings. In other words, if they choose to control the system manually, they can elect volume control and directionality features via the push button to be changed together. In fact, they could choose to have the VC on one instrument, and the program button on the other, to make it as easy as possible to remember which is which. Of course, features like directional microphone performance and speech and noise management algorithms can also be set to occur automatically, as the acoustic environment changes, and that requires no effort on the part of the patient, yet assures maximal speech perception.

Beck: Thanks Tom! I appreciate the update.

Powers: Thank you too, Doug. I appreciate the opportunity to tell the readers about this very exciting product. 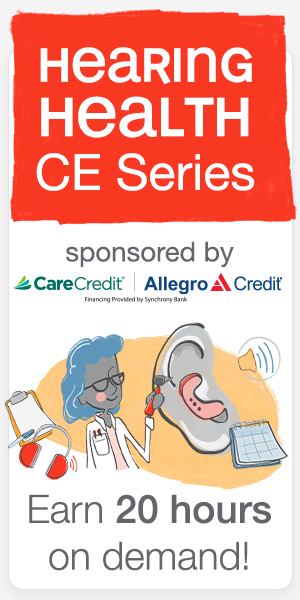 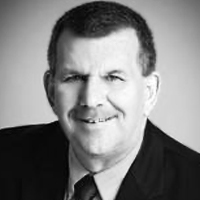