The purpose of this presentation is to educate the audiologist about Usher Syndrome and its relevance to newly identified children and their families. 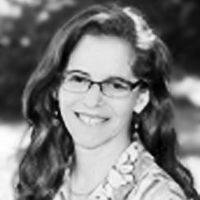 Jolie Fainberg is a Pediatric Audiologist working in Atlanta, Georgia. Her specialty is cochlear implants in children and adults. Ms. Fainberg has worked with CIs since 1986, participating in the original FDA clinical trials for all three CI companies.